Latinos in the United States are more likely to test HIV positive if they have not adapted well to the dominant American culture, according to a study published in the November 2009 issue of the Journal of Health Care for the Poor and Underserved and reported by Medical News Today.

According to the article, unacculturated U.S. Latinos—that is, Latinos who did not acquire the dominant culture—had fewer tests for HIV and hepatitis C. They also had less access to health care.

The study, which was conducted by researchers at the University of California in Los Angeles, included 600 Latinos from community-based organizations, needle-exchange programs and county clinics for sexually transmitted infections.

U.S. Is Not on Track to Hit the WHO’s Hep C Elimination Targets 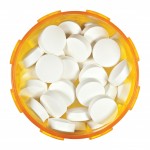 Opioid Prescriptions Are Declining in the United States