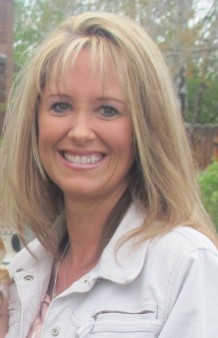 I was born with hepatitis C, but wasn’t diagnosed until 2005. That was when my mother, Bonnie Morgan, was diagnosed. Our exposure goes back to my birth. I was the first baby born to a kidney transplant patient. She and I needed blood transfusions shortly after my birth, and the blood was contaminated with hep C. My mother was not a candidate for treatment because the drugs would have damaged her only kidney. She passed away in 2006 from this disease. In addition to being one of her caregivers, it was extremely hard witnessing what my fate could be since I too have hep C. I was a mother of two very small children and a successful business owner, and I had a deadly virus.

Depression set in shortly after losing my mom. After several months of pure fear and agony, I realized that this was not what my mom would want me to do with my life. I recalled her last words that she spoke to me before leaving this world: “Not without a fight!” I took that to heart and began learning all I could about the disease I had. The more I learned about hep C, the stronger and more confident I became. I grabbed the reins from this disease that took over my life and killed my mom; I had the reins now.

In 2010, I became deathly ill and was admitted to Colorado University Hospital where they informed me that I had gone from a stage 1 to stage 4 cirrhosis very quickly. I had a mass on my pancreas and my kidneys were struggling. After intensive biopsies to determine what everything was, I was blessed to find out the mass was benign, and my kidneys began working again. It was now time to start the only treatment available to stop hep C from killing me too.

In December 2011, I was placed on interferon and ribavirin. It was very harsh and had many nasty side effects. I didn’t care; I wanted to live and see my children grow up. I wanted to survive for my mom. After only 12 weeks of treatment, my doctor informed me that he was pulling me off, as I was not responding to treatment. I was devastated. I begged him to keep me on it. I could handle the side effects. I just wanted to live. He assured me that he could keep me on the regimen over a year and it would not cure me, and would only damage and weaken me.

My doctor suggested that I try to get onto a clinical trial testing new treatments. I made several attempts, going through numerous rounds of tests and procedures, but couldn’t get accepted. Drug companies are looking for particular things, and if a patient is not a perfect match, they will not qualify for the trial. Clinical trials are hard to get in to.

On my third attempt, I was accepted in to a study. The only catch was that at first I got the placebo part of the regimen, which means that I was not given the test drug. For 24 weeks I had to pretend I was getting treatment, going to visits, getting my blood drawn, and doing all the required things a patient with the real drug would have to do. The final stage came for me to start the test drug. There was a battle between the drug company and my doctor over whether they were to allow me on the real treatment. Long story short, I was put on the real treatment November 6, 2013. This was a trial of Sovaldi and ribavirin for cirrhotic patients, so treatment was a total of 48 weeks. Within five days of starting treatment, hep C was undetectable in my blood. I was overcome with tears of joy. Was I really hearing this? My treatment nurse and I were so happy. She had witnessed what I had endured just to be accepted into a trial, so this was a day to rejoice for both of us. The roller coaster ride had stopped.

I continued the 48-week therapy with minor side effects. I still ran my companies and did mom things such as taking kids to their events, watching cheerleading competitions, bowling and football games. I was living again. Yes, I still had the effects of cirrhosis and a failing liver, but to know my liver was no longer under attack made me beyond happy.

In the midst of this, I started a nonprofit foundation, The Bonnie Morgan Foundation for HCV. Its goal was is to educate, bring awareness, and help those who are not able to afford the treatment co-pay amounts. I got a copyright on the slogan “Not without a FIGHT!~HCV~(c)” and have been featured on many newscasts. I have shared my family’s fight with hep C and helped put a face to this highly stigmatized disease.

On January 7, 2015, I got the news that I was clinically cured of hep C. I made it to the 12-week post-treatment mark, and had a sustained virologic response (SVR). The day I got the news was my mother’s birthday.

Today I am blessed with so many things. I don’t worry or let my mind go negative. Life is too short to dwell on things we have no control over. I know my guardian angel is watching over me and I will not cross the finish line of this disease until the last person is cured and I help everyone cross that line. My life’s mission is to bring awareness and hope to others. Most of all, I want to help people stay positive about their diagnosis of a disease that is now curable. I will do all it takes to ensure that everyone is treated and cured.

What is your greatest achievement?
Besides my two beautiful kids, The Bonnie Morgan Foundation for HCV. The companies I started are nothing in comparison to being able to help others; through this foundation and the memory of my mom, I can.

What is your greatest regret?
Not being able to help my mom find a cure

What keeps you up at night?
Thinking of those who lost their battle to hep C. Not having enough hours in my day to help people.

If you could change one thing about living with viral hepatitis, what would it be?
The stigma. I will do almost anything to put a face to this. We are people with lives just like everyone else. It affects every race, gender and age.

What is the best advice you ever received?
“Not without a FIGHT!” Stay positive, keep fighting and keep smiling

What person in the viral hepatitis community do you most admire?
There are several: Connie Welch, Margaret Dudley, Lucinda Porter, Sandy Sellers, James Romesburg, and my little buddy Zachary.

What drives you to do what you do?
The faces and people who are fighting this disease but are hiding because they are feeling ashamed and afraid to come forward. I want to be their voice.

What is your motto?
“Not without a fight!” You can only fail at something if you never try. Stay positive, stay true, and FIGHT!

If you had to evacuate your house immediately, what is the one thing you would grab on the way out?
Besides my kids and my pets, I would take my bible, my mom’s albums and clippings of our media coverage back in 1969, and all the legal documents tied to the foundation.

If you could be any animal, what would you be? And why?
I would be a dog, like my Daisy girl. I am loyal and I devote my energies to protecting those I love and adore.