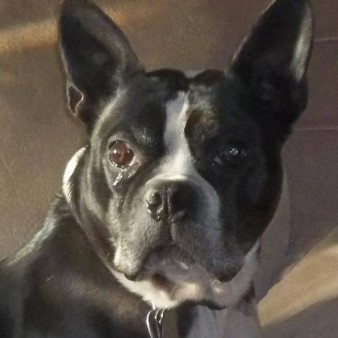 Sometimes I get tired of telling my story because you often get “that look” when you tell people you have hepatitis C. I’ve never been ashamed of it. I got it from a tainted blood transfusion and kept my little friend with me for 41 long years. I don’t see how it really matters, though; risky lifestyle or not, none of us makes a decision to catch a life-threatening virus. What matters is what we do about it. For me, knowledge is power, so I educated myself and started educating everyone around me about hep C. That was back in 2002, when I was diagnosed, and I still haven’t shut up. I worked in a prison, kind of a tough crowd, but the inmates often sought me out. So with the warden’s permission, I started teaching groups of inmates once a week.

I tried the old-school treatment, with interferon and ribavirin. I did it three times, and all three times, it failed me. I’ve heard and read a lot of stories about partners who can’t deal with the disease. Well, my husband committed suicide in 2003, so I guess he couldn’t deal with it either. I know there is more than my illness that went into it, but I think he had a tremendous fear of having to go on without me. My mother had passed in 2001 and my father in 2002; his suicide left me with a dandy case of PTSD (posttraumatic stress disorder) coupled with anxiety. I buried it all and just carried on.

Around 2005 or 2006, I quit seeing my gastroenterologist since there was nothing more he could do. Not long after, things began to go wrong. The fatigue almost killed me, and the brain fog was horrible, especially working in a prison environment where you have to be on your toes. I had nightmares about my husband and parents, and I developed insomnia. My personality started to change. I quit my job and later went back. In 2012, I took 12 weeks off under the Family Medical Leave Act and never went back again. I was so paranoid and afraid that I’d be fired. The brain fog was so bad that my supervisor switched me from job to job to job and finally said, “Well, what can you do?”  In truth, not much, so I applied for disability and got it. My children had pretty much blown me off because I was being so weird. Prior to that time, I had never made a big deal about my liver disease, so they hadn’t either. Then one day, I was walking through the living room, and for a split second, I didn’t know where I was. I went back to my gastro, and lo and behold, my ammonia levels were through the roof.

After 24 weeks on Harvoni, lactulose and Xifaxan (which I’m no longer taking), the dragon’s dead. I now know why I was so paranoid, so angry, so suspicious. I would love to go back and apologize to all the people I insulted when my ammonia levels were so high, but unfortunately, some of them aren’t speaking to me.

I’ve realized that killing the dragon isn’t the holy grail I thought it would be. I still feel terrible. I’m still exhausted. My bones still ache. My thyroid is underactive. I take medication for it, but I honestly feel worse physically now than I did before I started treatment. All I can do is hope it goes away someday. I got this disease when I was barely 21 and killed it when I was 62, so most of my life is gone. But, in spite of it all, I’m glad I’m still here.

Moving to the South; I’ve never liked it here

There’s nothing to change. You do all the right things, eat all the right foods, live the right lifestyle, and the disease is still going to do what it does.

I’d be one of my dogs; they have it easy.