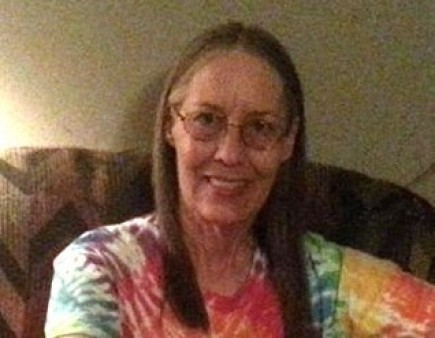 Diagnosed With Hepatitis C in 2003

Born in 1953, I was a precocious child. I’ve always been active, friendly, inquisitive and ready for adventure. I ate well, enjoyed sports, hiking, camping, etc. I was likely infected in the early 1970s.

In 1983, I started a new job. It was an exciting job with many possibilities. My first order of business was working in NATO’s Sea Sparrow Missile and Radar Department terminating and installing shipboard cable and connectors. It was physically demanding work, and I was good at it. Later, I was promoted to a sit-down position in another department.

Not long after, I started experiencing health problems. I was fatigued, lost weight and urinated frequently, and my blood pressure was intermittently high. I became anxious and short-tempered and got psychiatric help. In 1984, I was diagnosed with type 1 diabetes and hypothyroidism. I was prescribed insulin and antihypertension and thyroid medication.

Fast-forward to early 2003: My husband, Greg, had been complaining of fatigue. Our doctor tested him for hepatitis C. He was positive, so I was tested, and I was found to be positive. We found a gastroenterology clinic, where we had thorough exams. Greg had genotype 1A; I had 1B. I also had hemochromatosis, a genetic condition that causes the body to store too much iron. I gave a pint of blood to lower my iron level.

Since my condition was more complicated, I was referred to Virginia Commonwealth University in Richmond. After many more tests and a liver biopsy, I was diagnosed with stage 4 cirrhosis.

Our doctors ordered our medication, which at that time was 48 weeks of pegylated interferon and ribavirin. Treatment began in September 2004, on a Friday. We didn’t feel much that weekend, so I went to work on Monday. Greg didn’t feel in tip-top shape.

By Wednesday, treatment was seriously affecting my stamina. After a month, I went back to Richmond for tests. My hemoglobin count [part of our red blood cells] was so low that they stopped treatment. I cried almost all the way home. Four weeks of treatment and this wimp couldn’t hack it! Despite that, I learned that my viral load had dropped from one million to 10,000. What a miracle!

So we tried again. Every week, I was injected with a medication called Aranesp to stimulate red blood cell growth in my bone marrow. I took Aranesp for three months. The dose of ribavirin I took was adjusted according to my hemoglobin level. I detested that crap. The last six months of treatment, I took time off from work under the Family and Medical Leave Act, followed by 12 weeks of short-term disability.

Greg was three months ahead of me and had eight months left of treatment. During the final three months, his white blood cells were too low, so he needed Neupogen to stimulate their growth. He responded to treatment and has been free of hepatitis C ever since.

Here is a summary of treatment results:

52 freaking weeks! What a wild ride!

Never make any financial decisions when on hepatitis C treatment.

“When someone shares something of value with you and you benefit from it, you have a moral obligation to share it with others.” [Believed to be a Chinese proverb]

A turtle because they live long and win races.