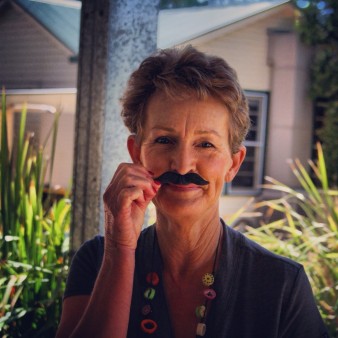 My story about hepatitis C is very much like those I’ve heard other people tell. There’s nothing special about it, nothing amazing. In a nutshell, I found out I had hep C, ignored it, got sick, got treatment, and am getting better.

My story is just your common, run-of-the-mill, garden-variety hepatitis C story. What is incredible is that there are millions of stories like mine. Tens of millions. More, since there are over 100 million people around the world living with hepatitis C.

People like me, living with sadness, grief and fear, in every country in the world. People like me, doing the best they can to continue living a normal life despite overwhelming odds seemingly stacked against them.

Over 100 million people like me who get up every day, despite fatigue, despite debilitating side effects, and get on with living.

So when I look at my story, I see something so ordinary and mundane I struggle to know what to write about.

A 50-something-year-old Australian living with hepatitis C, along with around 230,000 others. A person whose HCV turned her liver into something that struggled to complete its day-to-day tasks, a person with cirrhosis, along with approximately 40,000 others in Australia.

A person who tried treatment previously, in the hopes that it would clear hep C from her body, and who did this along with thousands in Australia every year.

A person who was lucky enough to be able to access the groundbreaking new direct acting antiviral agents before they were released here, along with a few hundred others in the state.

Someone who cleared the virus, putting her in the lucky 98 percent of patients involved in the compassionate access program through her hospital. Someone who now gets a second shot at life.

My story is everyone’s story.

There is only one place where my story sometimes deviates from the common thread. This year, I made the decision to live my story publicly. I am open about my diagnosis, treatment and cure.

You might ask why I decided to throw the doors open and shine light on my fight with this stigmatized virus. Because nothing good breeds in darkness. Light is nature’s disinfectant. By being open about the virus and the effect it has had me and my family, I am telling not just my story, I am telling everyone’s story. Because some people aren’t ready to tell their story. Some people might NEVER be ready, and that’s OK. As long as we have a supply of storytellers, no matter how small, our stories will be heard.

I remain grateful to those people who gave me the courage to use my words against this virus, to come out in public and make it a talking point. I would never have done it without the support of my family and friends.

What three adjectives best describe you?
That all depends on who gets to choose the adjectives:


What is your greatest achievement?
If I don’t say “my children” I’ll feel really bad, but my children are their own achievement. I just gave birth to them and set them on the road to becoming adults. So not them, although I am proud of them.

I can’t say “overcoming hep C,” because although I’ve cleared the virus I still have a long way to go in terms of becoming healthier. So not that, although I am proud of clearing the virus.

I could say “my work,” but then I’d be one of those people who views themselves through the prism of their occupation and frankly, who likes those people? No one, that’s who!

I think my greatest achievement is to have kept getting up day after day when it seemed like it was all too hard, I was too scared, sick, and frightened, putting on my big girl undies and continuing to live. That’s where that stubbornness comes in handy.

What is your greatest regret?
That I had not been more proactive in managing my health a lot earlier. I’d be much less sick. But you don’t get to change the past, only learn from it, and what I’ve learned has been immeasurable.

What keeps you up at night?
A good show on Netflix. If you had asked me three years ago, I would have told you it was the fear of dying. Now it’s Netflix. Who says technology is bad?

If you could change one thing about living with viral hepatitis, what would it be?
That treatment was available for all
(Editor’s note: Jane submitted her story prior to the announcement of the Australian government’s intention to provide universal access to hepatitis C treatment)

If you want advice that doesn’t come from a Kenny Rogers song, Mary Oliver gives excellent advice wrapped in the guise of poetry:
“Instructions for living a life.
Pay attention.
Be astonished.
Tell about it.”

What person in the viral hepatitis community do you most admire?
Our own Lucinda Porter, who devotes much of her time to a stigmatized worldwide health problem, and continues to do it with grace, good humor, humility and thoroughness. 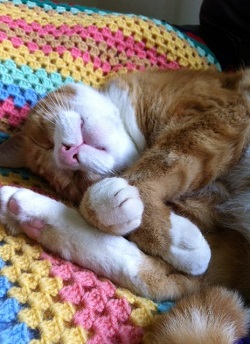 What drives you to do what you do?
I want a cure for hepatitis C. I want it to be universally accessible. I’m tired of people dying on our watch.
(Editor’s note: Jane submitted her story prior to the announcement of the Australian government’s intention to provide universal access to hepatitis C treatment)

What is your motto?
Carpe diem.

If you had to evacuate your house immediately, what is the one thing you would grab on the way out?
My cat

If you could be any animal, what would you be? And why?
My cat. Have you seen my cat? Seven kilos of golden sunshine. I smile every time I see him. He was a stray who found me. I think it’s because he knew I needed him in my life.