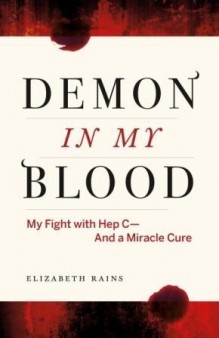 Interview With Elizabeth Rains, Author of Demon in My Blood 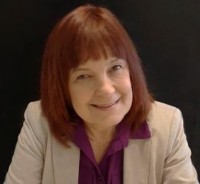 In 2014, Canadian journalist Elizabeth Rains was diagnosed with hepatitis C. In shock and on the verge of cirrhosis, how did this mother of two contract this virus? Using her investigative journalism skills, Rains wrote Demon in My Blood. Her memoir combines a gripping story of recovery with a chronicle of the virus, its history, treatment, and interviews with hepatitis C survivors. The following is a conversation with Elizabeth Rains.

How and when were you diagnosed with hepatitis C?

I changed doctors in spring 2014, and my new doctor sent me for a comprehensive blood test. When the results came in, she called me into her office and told me I had antibodies for hepatitis C. She said one-fifth of people who acquire the virus kick it within a few months, and they produce antibodies for the rest of their life. I left her office, confident I was one of the lucky 20 percent. I traipsed off to Mexico and partied my head—and my liver—off. When I returned, another test came back positive for the hepatitis C virus.

What was your reaction to the diagnosis?

I was shocked. It was like a dark, creepy cloud had descended upon me and taken over my existence. At first I couldn’t figure out how I had come into contact with the virus. Then I remembered the birth of my second daughter and the transfusion that followed it. Blood transfusions back then, in the 1970s, were a common route to infection with hepatitis C. I was a writer and usually deal with my worries by researching and writing about them. So I began to do the research that eventually became Demon in My Blood. I read study after study and talked with many health professionals and hepatology scientists. … I looked back into my hippie past and uncovered more memories. I learned I may have acquired hep from a childhood slash from a razor. I learned I might have acquired it from sex. Maybe my infection dated from the time I was terrorized by bikers.

How did your friends and family react?

Slowly—because I was slow to tell them I had hep. There’s a stigma attached to the disease. Some people mistakenly believe they can catch it from a sneeze, a handshake, or an unprotected toilet seat. Others automatically imagine that anyone with hepatitis must be a criminal. For this reason, it took a long time to reveal my illness to many friends and family members. A few friends tried to avoid me because of my illness and some I never told. I never told my mother, who passed away recently without ever knowing I had hep.

But talking about the disease with others wasn’t all bad. It made me ever more grateful that I have a loving immediate family. And in writing this book I gained new friendships with sincere, wonderful people who had been infected with hepatitis C. I’m incredibly happy that since I started writing the book, every one of those people was cured.

What was the most surprising thing you learned about the disease?

I learned that I was among a gigantic number of people infected with hepatitis C. There were 150 million of them when I started writing the book. Thanks to miraculous direct-acting antiviral drugs that were just being approved when I was diagnosed, I was cured. In the months that followed millions of others were cured. But 100 million people still have the disease.

What are the main obstacles to becoming cured?

First, not all doctors test their patients for hepatitis C. Testing is particularly important for Baby Boomers, which is by far the largest infected group. If you don’t know you have the disease, you won’t be cured. Once you know you have hepatitis C there’s only one main impediment to a cure: it can cost upwards of $100,000.

A large proportion of people living with hepatitis C haven’t been diagnosed, and maybe never will. Why is that?

That’s because they don’t think they have any risk factors. As I discovered while writing the book, the cause of the infection can be hidden in a long-buried memory. Although today, most infections are linked to the self-injection of drugs, that’s not always the case. I spoke with a woman who was infected during her own birth by her mother who didn’t know then that she had the virus. I spoke with an air traffic controller who was infected because of surgery after a hockey accident. I spoke with several people who tried and tried but couldn’t figure out how they had been infected.

If you don’t remember engaging in risky behavior, or whatever happened to you doesn’t seem like the “normal” method of infection, it might not occur to you that you should be tested. But it’s easy to get tested. At the minimum, if you’re a Baby Boomer, you absolutely should do it.

Demon in My Blood isn’t just about your own diagnosis; you also include interviews with others suffering with hepatitis C. What did you learn from hearing their experiences?

I was amazed and honored that they told me their stores. I learned that people who go through the tribulations of this diagnosis are likely to have warm, compassionate, hearts.

What do you hope others will learn from your story?

Demon in My Blood by Elizabeth Rains is available May 19, 2017. Click here to order.