The Centers for Disease Control and Prevention (CDC) has issued an alert to public health departments and clinicians nationwide to be vigilant for HIV outbreaks similar to one that has struck rural Indiana, while warning of overlapping hep C transmission among injection drug users.

Nationally, acute hep C infections rose 150 percent between 2010 and 2013 as an epidemic of addiction to opioid painkillers has swept the country, which has often led people to inject heroin as a cheaper or more readily available alternative to the prescription drugs. The Indiana outbreak, in which at least 175 residents have been diagnosed with HIV, with 92 percent of them coinfected with hep C, is related to injection of the opiate Opana (oxymorphone).

The CDC estimates that between 2006 and 2012, injection drug use fueled a 3.6-fold rise in the number of new annual hepatitis C cases in four states southeast of Indiana: Kentucky, Tennessee, Virginia and West Virginia. Just under half of the nearly 1,400 new cases of the disease reported in these Appalachian states during that time were among people age 30 and younger.

“To get out in front of this epidemic, the CDC is looking for ways to rapidly detect transmission of hepatitis C,” says John Ward, MD, director of the agency’s Division of Viral Hepatitis. “Prevention efforts include regular hepatitis C and HIV testing, rapid links to care and treatment for those infected, access to substance abuse treatment, risk reduction counseling, and sterile injection equipment for those who are actively injecting.” 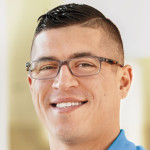