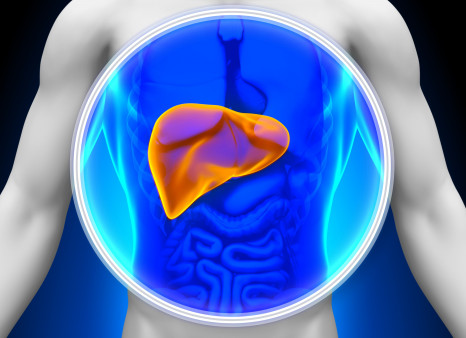 Keytruda and Opdivo showed antitumor activity in some patients and acceptable side effects in real-world use.

The immunotherapy drugs Keytruda (pembrolizumab) and Opdivo (nivolumab) led to tumor shrinkage in a minority of people with liver cancer treated in real-world clinical practice, underlining the difficulty of treating this type of cancer, according to a set of studies presented at the 2019 International Liver Congress in Vienna.

Over years or decades, chronic hepatitis B or C, heavy alcohol use, fatty liver disease and other causes of liver injury can lead to the development of liver cirrhosis and hepatocellular carcinoma (HCC), the most common type of liver cancer. HCC is often detected late and is difficult to treat. Chemotherapy does not work well against this type of cancer, and most people who use targeted therapies—which interfere with enzymes involved in cell growth and blood vessel formation—experience disease progression or develop unacceptable side effects.

Rather than attacking cancer cells directly, immunotherapy helps the immune system recognize and fight cancer. Keytruda and Opdivo block a checkpoint receptor called PD-1 on T cells that plays a role in regulating immune function. Some tumors can hijack PD-1 to turn off immune responses against them; drugs that block PD-1 can release the brakes and restore T-cell activity. But these drugs do not work for everyone or for all types of cancer, and researchers do not yet know how to identify who will benefit.

The Food and Drug Administration approved Opdivo for liver cancer in 2017 and Keytruda for HCC in 2018 based on clinical trials that showed the drugs led to tumor shrinkage in about 15 percent of patients. In addition, around 40 percent had stable disease without progression. But outcomes in controlled clinical trials may not reflect what will happen in real-world clinical practice, which includes older and sicker people who are often excluded from formal trials.

At an International Liver Congress session devoted to immunotherapy for liver cancer, Matthias Pinter, MD, PhD, of the Medical University of Vienna, presented results from a retrospective study of 65 people who used Keytruda or Opdivo at six cancer centers in Austria and Germany between 2015 and 2018.

Among the 54 people with follow-up scans, the overall response rate, meaning complete or partial tumor shrinkage, was 12 percent, and the stable disease rate was 37 percent— similar to the rates seen in Phase III trials of Keytruda and Opdivo. But more than half of participants (54 percent) experienced disease progression, and 55 percent died during follow-up, showing that liver cancer remains difficult to treat even with the newest therapies. The median progression-free survival—meaning patients were still alive without worsening of disease—was 4.6 months, and the median overall survival was 11 months.

A concern with checkpoint inhibitors is that taking the brakes off the immune system to fight cancer can also lead to excessive autoimmune responses that harm healthy organs.

In the Austrian and German study, however, adverse events were generally manageable. “Immunotherapy with nivolumab or pembrolizumab was well tolerated in patients with advanced HCC, including those with Child-Pugh stage B disease and those who had been heavily pretreated,” Pinter said in a conference press release.

Another analysis looked at the safety of Opdivo among 42 people with HCC who were treated outside clinical trials at several centers in Spain. Nearly half were taking it as second-line therapy and 36 percent as third-line therapy.

In this analysis, the median overall survival was 28.8 months for the second-line group but could not be calculated for the more advanced third-line group because of inadequate data. Nearly half of patients (47 percent) reported adverse events, including five severe or life-threatening (grade 3 or 4) events; one person died following graft rejection after a liver transplant. Five people required steroid medication to manage immune-related side effects.

“This study suggests that the safety profile of nivolumab when used in clinical practice is in line with that reported in clinical trials despite including patients outside of clinical trials,” said presenter Leonardo Gomes da Fonseca of the Hospital Clinic of Barcelona.

A third study by Morven Cunningham, of the Toronto Centre for Liver Disease, and colleagues focused on hepatic immune-related adverse events, in particular ALT and AST liver enzyme elevations. This retrospective analysis included more than 300 people treated with checkpoint inhibitors at Princess Margaret Cancer Centre in Toronto, of whom 22 percent were found to have clinically significant liver enzyme elevations, according to the study abstract.

Rises in liver enzymes were attributed to disease progression in 50 percent of patients, other drugs in 12 percent, surgery in 7 percent and other causes in 15 percent, leaving 18 percent thought to be checkpoint inhibitor side effects. Of the entire cohort, about 4 percent had hepatic immune-related adverse events. Most were treated with steroids, and liver enzymes normalized in about a month.

Cancer progression was less common in people with immune-related side effects (about 70 percent) than in those without (about 90 percent), suggesting that immune-related adverse events are an indication that treatment is working.

The Microbiome and Treatment Response

Finally, Pei-Chang Lee of National Yang-Ming University in Taipei, and colleagues reported results from a small study of the association between the gut microbiome—the ecosystem of bacteria in the intestines—and response to Opdivo in people with liver cancer.

Researchers have previously shown that more diverse gut bacteria and certain types of bacteria are associated with better response to checkpoint inhibitors in people with advanced melanoma. But this connection is just starting to be explored in people with other types of cancer.

This analysis included 12 people who received Opdivo for advanced HCC at Taipei Veterans General Hospital and had fecal tests to analyze their gut microbiome. Three people (25 percent) had partial responses and three had stable disease, according to the study abstract.

“Gut microbiome has significant association with clinical response to nivolumab treatment in patients with advanced HCC,” the researchers concluded. “These findings highlight the therapeutic potential of modulating [the] gut microbiome before immunotherapy.”

But it is not yet clear how to do this. Melanoma studies by various research teams have seen different dominant bacteria families in people who respond well to immunotherapy—which may be influenced by local factors such as diet—so it’s not clear which bacteria to boost.

Researchers at the Parker Institute for Cancer Immunotherapy and MD Anderson Cancer Center recently reported that melanoma patients who ate more high-fiber foods had gut bacteria associated with favorable treatment response, while those who ate more sugar and meat had less beneficial bacteria. But surprisingly, use of probiotic supplements was linked to less gut bacteria diversity, which may impair treatment response.

Until the link between gut bacteria and immunotherapy response is better understood, experts advise people with cancer to eat a healthy, well-balanced diet with lots of whole grains, fruits and vegetables—but to skip the supplements.