Organizers have postponed the 2015 International Conference on Viral Hepatitis (ICVH), which was supposed to take place September 21 to 22 in San Francisco, because of a last-minute “sponsorship challenge,” Medscape reports.

ICVH had been held annually since 2011 to provide viral hepatitis education to clinical providers, allowing them to meet and hear talks from some of the top researchers in the field. The conference draws about 500 people every year, which is smaller than other international liver meetings.

Conference co-chairs notified participants about the change about a month before the meeting via an email that cited “insurmountable conflicts.” However, the organizations will not disclose who the sponsor was that dropped out. Delegates have since been reimbursed all registration fees and travel expenses. 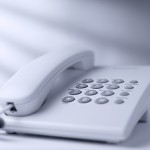 Health Care Providers and People With HIV Not Communicating Effectively