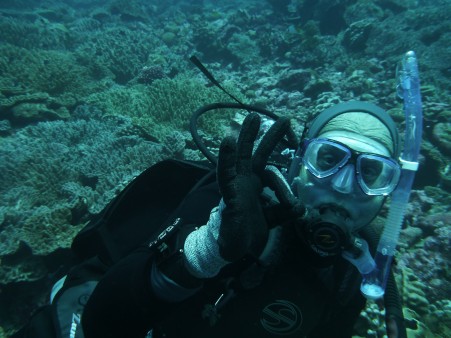 Two weeks ago, I received the news that my hepatitis C viral load was undetectable. I had completed a 12-week course of Sovaldi combined with Olysio, a treatment based on a European study called COSMOS. Although this combination treatment is not FDA-approved, my doctor was able to prescribe the drugs separately. I was literally numb when I got the news because this was my fourth treatment. My three previous treatments were with peginterferon and ribavirin, both alone and in combination with other drugs. I didn’t respond to those treatments, and the side effects were devastating.

I was diagnosed with hep C type 1a in 2002. I had no symptoms, but my liver enzymes were higher than normal. When I got the diagnosis, I had to ask my doctor what hepatitis C was. He told me it was a liver disease and not to worry because it was treatable.

I couldn’t believe it. I hadn’t had a drink or used recreational drugs in 12 years. How could I have a liver disease? A young girl in the lab who was drawing my blood said, “I’ve heard that it comes from having anal sex or by sharing needles.” I had never done either. I thought there was some sort of a hideous stigma attached to hep C, so I was completely embarrassed to discuss it with anyone. I later found out that there were a lot of us out there, mostly other baby boomers like myself. I found a support group in San Jose, California, where I could talk to others with hepatitis C. I was sickened when I saw that so many people had tried and failed treatment, and that some were in late-stage liver failure. I thought I was doomed!

I did my first treatment under the care of Dr. Emmet Keeffe at Stanford Hospital. My hopes were high because he was known as the best in his field. The treatment was a 48-week course of peginterferon and ribavirin. It immediately made me really sick, sicker that I had ever been. At three months, my viral load was virtually unchanged and my blood count levels were dropping. Dr. Keeffe wanted to discontinue treatment. I begged him to keep me on it for another three months, which he did while monitoring my blood test results. The treatment didn’t work, and I was deeply depressed. Dr. Keeffe tried to raise my spirits by saying that they were researching new treatments that would come available a few years down the road.

Before I was diagnosed, I felt fine. Now all I saw was a death sentence. I operate an adventure travel company, which takes me all over the world looking for new adventures to market. After years of work, I could see that all melting away.

My wife and I had always wanted to live in the Florida Keys, so we sold our home in California and moved to Big Pine Key. Dr. Keeffe referred my care to another leader in the hepatology field, Dr. Eugene Schiff at the University of Miami. I begged Dr. Schiff to get me on every trial that came up. He approved me for a triple therapy with peginterferon, ribavirin and an experimental drug that Debiopharm was working on. I wasn’t responding, and my red blood cells were dangerously low, so Dr. Schiff pulled me off after 30 days. I lost all hope. Dr. Schiff told me that I showed signs of cirrhosis. My platelet counts had dropped, and my liver panel was out of range. I later found out that no one in the trial had responded to the study drugs.

I needed a doctor closer to home. I was referred to Dr. Neal Rakov, who monitored my condition. This meant regular blood work and scans of my abdomen every six months. I was becoming very symptomatic and was tired all the time. The tropical heat, combined with a shoulder and back injury, really slowed me down. I was 58 years old but felt like an old man. My hope was rekindled by a new triple therapy that had been approved by the FDA: a new protease inhibitor Incivek, combined with peginterferon and ribavirin. This was the new “silver bullet,” with a high cure rate.

Dr. Rakov prescribed the new regimen. The six-month therapy included weekly self-injections of peginterferon, twice daily ribavirin pills and Incivek, orally three times a day with a high-fat meal. It was like getting hit by a freight train. Despite the high fat intake, I lost 30 pounds in three months. I became extremely anemic and required a blood transfusion and injections to stimulate red blood cell production. I was bedridden. My viral load dropped to 125 the first month, which gave me hope. The second month it was a bit higher, and then at month three it was at 250.  Dr. Rakov took me off the treatment because it was killing me. Tests showed that my liver disease had advanced. I had cirrhosis and the beginnings of varices (fragile vessels in the esophagus and stomach that can easily hemorrhage). I lost all my will to go on.

Luckily my strength started coming back in a couple of months, but my attitude was in the tank. I continued to run my business with the help of my wife and outside sales team, but my traveling really slowed down.

Eventually I got my drive back and we put together a couple of photographic safaris in Africa and spent some time at my lodge on Christmas Island in the South Pacific. Scuba diving became my new passion, but I had to do everything really slowly and carefully to budget my strength. Dr. Rakov tried to keep my spirit of hope up with reports of new therapies that were a couple of years ahead, but I had pretty much given up all hope of ever clearing the virus.

A new hepatitis C therapy was approved at the end of 2013. The drug is Sovaldi, and it was developed by Gilead Sciences. This “wonder drug” could be used with interferon and ribavirin. The clinical trial results were miraculous. Even patients with cirrhosis who were non-responders to previous therapy had really high cure rates—around 90 percent. The drug had minimal side effects. I was skeptical because I had always fallen into the category of patients who hadn’t responded to therapy. Dr. Rakov was anxious to treat me, but somewhat reluctant because of the effects that interferon and ribavirin had exhibited on me in the past. When results of the COSMO trials showed higher cure rates and almost no side effects, Dr. Rakov prescribed Sovaldi (sofosbuvir) and Olysio (simeprevir). The treatment cost was prohibitive, but his staff managed to get insurance approval. 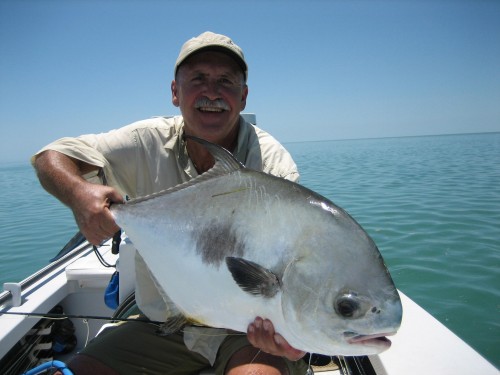 This year I started treatment with just two pills every morning. I had to stay out of the sun and drink lots of water. I found it a little tough to handle the Florida heat, but it was tolerable. My only side effect was fatigue. I ate well, drank more than a gallon of water daily and was able to exercise in the mornings. Since it was so easy, I wondered if it was working! When I received my three-month viral load results and saw the words “not detected,” I felt dizzy. I looked closely to make sure I was looking at my lab results, and not someone else’s.

MY TIME HAD COME!

I now have to wait another three months for my final viral load, and the proclamation of being cured for good. My hopes are high.

For you fellow friends with hepatitis C, especially ones who have had similar nightmares to mine: YOUR TIME HAS COME TOO!

The drug companies are being very good about assisting patients who have no insurance and cannot afford the treatments. I know of three cases where they covered all costs. Big Pharma is not the monster that everybody thinks it is. More new treatments are on the horizon, and it has been said that in 10 years, hep C will be cured in the general population!

Spread the news. Encourage your friends to be tested for hep C. Join me on the road to health and happiness!

What is your greatest achievement?
Being a good husband for 37 years, and operating our 26-year-old adventure travel company

What is your greatest regret?
Drinking again after 18 years of sobriety with liver disease (I have been sober now for two years)

What keeps you up at night?
Worry about things that I have no control over

If you could change one thing about living with viral hepatitis, what would it be?
I would have exercised more and ate a more healthy diet

What is the best advice you ever received?
Never lose hope and faith. Don’t feel responsible for everything that happens, whether bad or good

What person in the viral hepatitis community do you most admire?
Any person who has not given up the fight

What drives you to do what you do?
A creative imagination and a drive to improve skills while helping others achieve their dreams

What is your motto?
Never stop moving forward

If you had to evacuate your house immediately, what is the one thing you would grab on the way out?
My dogs, and my wife’s favorite things; anything I have can be replaced

If you could be any animal, what would you be?
A dolphin