Improper Use of a Neti Pot Can Be Fatal

Two Louisiana residents died of a rare brain infection after they used tap water instead of boiled or bottled water in neti pots. This news, accompanied by a warning on proper use of the devices, was issued by the Louisiana Department of Health and Hospitals on December 6.

Neti pots are teapot-shaped devices, commonly made of plastic or porcelain, that irrigate the sinus passages. The pot is filled with warm salinated water, and the user inserts the spout into one nostril, tipping the head to allow the water to flow up one nostril and out the other side of the nose.

The deaths resulted from Naegleria fowleri, called the brain-eating amoeba, which was present in the local tap water. The amoeba generally infects people while they are swimming in freshwater lakes or rivers. It enters the body through the nose; drinking tap water does not carry a risk of infection. Between 2001 and 2010, there were 32 cases of Naegleria fowleri in the United States.

The Louisiana health department warning emphasized appropriate and safe methods of use for neti pots: “If you are irrigating, flushing or rinsing your sinuses—for example, by using a neti pot—use distilled, sterile or previously boiled water to make up the irrigation solution,” said Louisiana state epidemiologist Raoult Ratard, MD. “Tap water is safe for drinking, but not for irrigating your nose.”

The warning also urges people to rinse the neti pot after each use and leave it open to air dry. Rinsing regularly with a mild antibacterial soap is also sometimes advised, as is replacing plastic neti pots every few months. 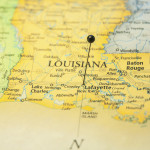 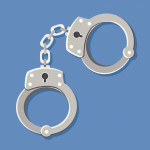