Health Care Providers and People With HIV Not Communicating Effectively

Data from the AIDS Treatment for Life International Survey (ATLIS), conducted by the International Association of Physicians in AIDS Care (IAPAC) in collaboration with a marketing research firm with funding provided by Merck, conclude that while many patients believe they are engaging in meaningful conversations with their health care providers, these discussions often do not focus on individual patient needs, including chronic illnesses, treatment side effects, and comorbid conditions, such as cardiovascular disease (CVD).

ATLIS 2010 was conducted in the same manner as a similar survey reported in 2008 at the XVII International AIDS Conference in Mexico City, which found that people living with HIV around the globe still live in fear of the societal stigma that surrounds the disease, and some are so concerned about side effects that they have chosen to stop their antiretroviral (ARV) drug regimens. The ATLIS 2010 data reported in Vienna were based on interviews conducted with 2,035 HIV-positive adult men and women residing in five global regions: North America, Latin America, Europe, Asia-Pacific and Africa.

Numerous studies, including several reported in Vienna, underscore that people living with HIV need to be treated according to their individual needs. When deciding on treatment, for example, it is important for health care providers to discuss and consider factors such as family history, smoking, diabetes, depression and CVD, since some treatments may be more appropriate than others for patients living with these conditions.

ATLIS, however, indicated inconsistent rates of this most basic dialogue. Fifty-one percent of respondents claimed to have engaged in health care provider discussions about their past health status, and results indicated that comorbid conditions are not being addressed with great consistency. Sixty-four percent of patients reported having at least one comorbid condition, such as sleep disorders (21 percent), gastrointestinal issues (18 percent) or hepatitis C virus infection (17 percent). More than one quarter of respondents (26 percent) reported having three or more comorbid conditions.

Smoking history—a risk factor for CVD, bone loss and a variety of cancers and pulmonary diseases, notably in people living with HIV—was reported by 28 percent of survey respondents. Meanwhile, 44 percent of these respondents had never discussed the effects of smoking with their health care providers.

ARV side effects were also being left out of patient-physician conversations. While 40 percent of respondents claimed that they do not like the way their medications make them feel, most notably in Europe and the Asia-Pacific regions (both 42 percent), and 50 percent said their medications have had a somewhat to extremely negative impact on their lives, nearly one quarter had never spoken to their health care providers about side effects they are currently experiencing. This was particularly notable in Europe (20 percent) and Latin America (26 percent).

Discussions regarding ARV treatment adherence also appear to be falling short of their purpose. According to the survey results, the majority of respondents (87 percent) claimed to have quality discussions with their health care providers regarding the importance of adhering to their medications, yet nearly half (43 percent) admitted to missing at least one dose in the past month.

Levels of adherence varied across countries, with the highest levels reported in Brazil (89 percent) and South Africa (83 percent) and lowest in France (34 percent).

The most commonly cited reason for sub-optimal adherence was forgetfulness (74 percent), and 11 percent of respondents thought there were no consequences to sub-optimal adherence. In addition, 18 percent of respondents thought that not wanting to take their antiretrovirals was “good thing,” which highlights the need for further patient-health care provider dialogue about this topic and tools to assist patients in taking medications as prescribed.

While the majority of respondents (87 percent) agreed that their health care providers stress the importance of ART adherence, only 71 percent cited practical recommendations from their health care providers to maintain optimal adherence, with the lowest rates reported in North America (62 percent) and the highest among Latin-American and African respondents (80 percent for each).

“IAPAC is issuing a global call-to-action to encourage more individualized patient-physician dialogue to ensure that patients’ personal needs, past health history and current medical status are considered, as well as quality of life issues,” said José M. Zuniga, PhD, president and CEO of IAPAC and ATLIS 2010 Task Force member. “Expanding patient-physician conversations to include all aspects of a patient’s well-being is crucial for long-term survival and positive treatment outcomes.” 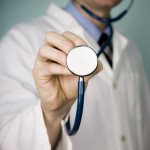 Questions to Ask Your Doctor About Hepatitis C