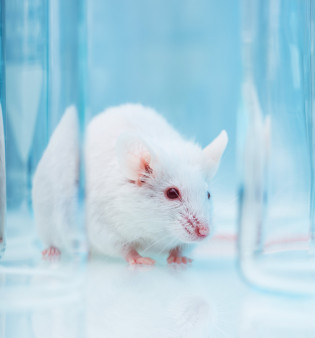 Vitamin B-12 and folate not only lowered homocysteine levels in the blood but also improved liver inflammation in mice.

Through experiments conducted in mice, primates and humans, researchers have found that non-alcoholic steatohepatitis (NASH) is linked to high levels of homocysteine, suggesting vitamin B might be a potential therapy, researchers reported at The Liver Meeting Digital Experience.

Arising from the accumulation of fat in the liver, non-alcoholic fatty liver disease (NAFLD) and its more severe form, NASH, are responsible for a growing proportion of advanced liver disease worldwide. As a result of inflammation, NAFLD can lead to the buildup of scar tissue (fibrosis), cirrhosis (advanced scarring) and even liver cancer. With no effective approved medical therapies, disease management is dependent on lifestyle changes, such as weight loss and exercise.

Madhulika Tripathi, PhD, of the Duke-NUS Medical School in Singapore, and colleagues studied the role of hyperhomocysteinemia in the development of NASH in mice, primates and humans.

For the first part of their study, the research team recruited individuals with biopsy-proven NAFLD, NASH, liver steatosis and obesity from Singapore General Hospital. The researchers found that people with NASH also had hyperhomocysteinemia and lower expression of genes important for the metabolism of homocysteine in the liver.

Next, the researchers looked for similar associations in primates. For two years, they fed monkeys a high-fat diet to bring on the onset of NASH. These monkeys with NASH had higher levels of homocysteine in their blood, and this was linked to their NAFLD activity score, a measure of liver inflammation and damage.

Then the researchers carried out a set of experiments in mice. The team fed mice a diet rich in methionine, an amino acid that is a precursor to homocysteine, for eight weeks. This led to an elevation in homocysteine levels in the liver, and the mice developed both hyperhomocysteinemia and NASH.

In a different model, the research team used mice in which the gene for cystathionine beta-synthase, an enzyme involved in the breakdown of homocysteine, was deleted. As a result, homocysteine was not metabolized and, instead, accumulated in the liver, leading to hyperhomocysteinemia. These mice developed more severe NASH compared with control mice.

To determine whether NASH was causing hyperhomocysteinemia, the researchers fed mice a Western diet that would cause fatty liver disease. Over time, they noticed glucose intolerance, insulin resistance and a rise in homocysteine levels in the blood as well as increases in inflammatory cytokines and collagen in the liver (an indicator of fibrosis) in these mice compared with mice fed a normal diet.

Previous research has shown that levels of vitamins B-12 (cyanocobalamin) and B-9 are related to NASH severity. Also, low vitamin B-12 levels are associated with higher levels of the liver enzyme ALT, a biomarker of liver inflammation.

Given that the two B vitamins drive the conversion of homocysteine to methionine, the researchers sought to determine whether NASH and hyperhomocysteinemia could be suppressed in mice fed a NASH-inducing Western diet. They found that the two vitamins led to a drop in levels of homocysteine in blood. These mice also had less liver inflammation and better glucose tolerance compared with mice fed a Western diet without the added vitamins.

Since hyperhomocysteinemia was found to be related to NASH, homocysteine levels in blood could potentially be used as an indicator of NASH progression, the researchers suggested.

“We showed that hyperhomocysteinemia occurs in the setting of NASH and may play a pathogenic role in NASH,” they wrote. “Vitamin B-12 and folate treatment prevents and decreases the severity of NASH, and thus may represent a novel and inexpensive first-line therapy to prevent and treat NASH.”

Click here to read the study abstract from The Liver Meeting Digital Congress.