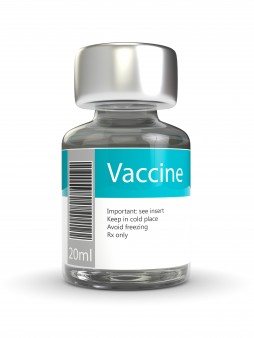 Hepatitis A Outbreaks Appearing Across the Nation

Several areas in the United States are dealing with outbreaks of hepatitis A, a virus that is typically transmitted by consuming food or water contaminated with fecal matter. It can also be spread through person-to-person contact if adequate sanitation and hygiene practices are not in place. Infection with hepatitis A typically resolves without treatment. However the infection can cause mild illness that can last for several weeks, or in some cases, it may cause severe illness that lasts for several months. Vaccination is safe and an effective approach for hepatitis A prevention so it is a focus of the public health response to several ongoing outbreaks.

California
Public health officials first detected the hepatitis A outbreak in November 2016 and as of July 21, 2017, 251 cases and 5 deaths have been reported in San Diego. Those affected have largely been homeless individuals, which has made public health efforts more challenging to implement, particularly in reaching individuals with vaccinations and improving hygiene practices. Local officials and community organizations have been working to raise awareness of hepatitis A vaccination, distribute “Hepatitis A Prevention Kits” (containing sanitary supplies), and plans are underway to install hand-washing stations in areas frequented by homeless persons to help stop the spread. Since the outbreak began, the county has administered over 4,000 hepatitis A vaccinations, and more work is planned to expand those efforts. With this combined approach, San Diego is hoping to end the outbreak, the largest in California in nearly 20 years.

Colorado
Between January and early July 2017, 43 cases of hepatitis A were reported in Colorado, a significant increase from 2016 where 23 cases were reported for the full year. Half of these cases resulted in hospitalization and one person has died. Unlike many hepatitis A outbreaks, there is no apparent common link to a restaurant or food item. 74% of hepatitis A cases are men and at least half are men who have sex with men (MSM). Local public health agencies are working to battle the epidemic by targeting MSM with outreach and offering vaccination at a variety of sites.

Michigan
Between August 2016 and June 2017 in southeast Michigan, almost 200 people have been diagnosed with hepatitis A infection, 90% of those infected have required hospitalization, and 10 people have died. Public health officials believe the outbreak to be unrelated to water or food contamination, but rather person-to-person spread through use of illicit drugs, sexual contact, and close proximity. Nearly 50% of those infected report a history of substance use disorders and 20% are also infected with hepatitis C.

Despite these recommendations, fewer than 10% of adults over the age of 19 have been vaccinated for hepatitis A. These low rates of vaccination and the multiple outbreaks occurring highlight the need for expanded adult vaccination efforts by providers and public health workers to protect those at risk from infection. Use the Adult Vaccine Finder to locate vaccine providers near you.

Corinna Dan, RN, MPH, is the viral hepatitis policy advisor in the Office of HIV/AIDS and Infectious Disease Policy at the U.S. Department of Health and Human Services (HHS). This article was originally published at HHS.gov.