People without hep C can receive a hep C–positive liver and then clear the virus through treatment.

Interim results from an ongoing study have indicated that people can safely receive liver transplants from donors with hepatitis C virus (HCV). Transplant outcomes are similar regardless of whether the donor liver was infected with HCV.

The transplants took place between June and October 2018.

One person in the group who received an HCV-positive liver died of a result of factors not related to the transplant, leaving 31participants. Thirty (97%) of them were started on direct-acting antiviral treatment for HCV, beginning a median of 47 days following their transplant surgery.

Nineteen (63%) members of the HCV-positive liver group have achieved a sustained virologic response 12 weeks after completing therapy for the virus, considered a cure. Another six participants had a fully suppressed hep C viral load after finishing treatment for the virus but have not yet made it to the 12-week posttreatment mark. Another five people are still on treatment, and one more has not yet started. No one has experienced hep C treatment failure.

“What we found is that you can use hepatitis C–infected livers and the results in this interim analysis are the same whether there is a need to treat organs affected by hepatitis C or not,” Shimul Shah, MD, a professor of surgery in the University of Cincinnati College of Medicine and senior author of the study, said in a press release. “Everyone who received a liver affected by hepatitis C was cleared of the virus.”

“HCV-positive organs can be safely used in patients who do not have the infection, and HCV can be safely eradicated, thereby increasing the chances for the patients to receive vital organ transplants,” said Nadeem Anwar, MD, a professor in the University of Cincinnati department of internal medicine and first author of the scholarly journal.

“There is a big difference between the demand and supply of livers, and previously, organs affected with hepatitis C were being discarded,” Anwar added. “With this study it is clear that we can help more patients get transplanted using HCV-positive organs.”

“With the opioid crisis, unfortunately, there have been more overdose-related deaths, and some of these patients do donate organs,” he continued. “Some of these organs may be hep C positive, but since the donors are young, the livers are still in very good condition and can be used for transplants.” 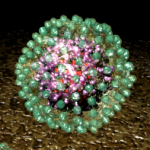