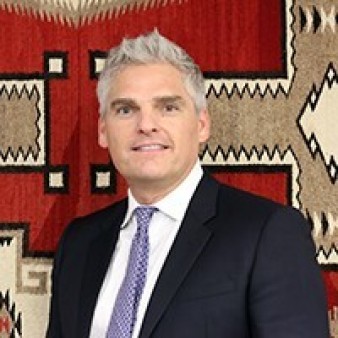 Hepatitis C (HCV) is a contagious viral infection that causes inflammation of the liver. Early on, most people with HCV infection have no symptoms or only mild fatigue and are unaware of their infection.  However, HCV infection is a leading cause of liver cancer and liver transplants. The most recent data shows the American Indian and Alaska Native (AI/AN) population had the highest rate of new HCV infections of all ethnic groups. Nationwide, HCV causes more deaths each year than all other reportable infectious diseases combined.

HCV is carried in the blood, and is transmitted when the blood of a person with HCV enters the body of someone who is not infected. Transmission of HCV can occur through sharing needles, syringes, or other drug-injection equipment, and very rarely through sexual intercourse. Many people, especially people born between 1945 and 1965may have been exposed to HCV through blood transfusions and non-sterile injections. The Centers for Disease Control and Prevention (CDC) recommends that these “baby boomers” be tested at least once for HCV. The recent opioid epidemic in the U.S. has resulted in many HCV infections in younger persons, so screening of young persons with risky behaviors, such as illicit drug use is important.

Recently approved HCV drug treatments are shorter and have milder side effects than previous treatments, and reportedly cure over 90 percent of patients with HCV. These new treatments can prevent most of the devastating effects of HCV. People with HCV, even those who had unsuccessful treatments in the past, should seek care as soon as possible.

In October 2016, the IHS distributed updated guidelines on HCV prevention, testing and treatment to IHS facilities. IHS adopted the goals of the National Viral Hepatitis Action Plan and recommendations from other authorities such as the United States Preventive Services Task Force (USPSTF), the CDC and the American Association for the Study of Liver Diseases for HCV screening, and clinical follow up for patients with chronic HCV infection.

Some of our strongest partners are tribal programs such as the Alaska Native Tribal Health Consortium (ANTHC) which leads a HCV and Liver Health Program. ANTHC has led statewide viral hepatitis efforts for decades. In 2015, the Cherokee Nation, with assistance from the CDC, became the first tribe in the U.S. to launch a HCV Elimination Project. The tribe’s goal is to screen 80,000 patients between the ages of 20 and 65 for HCV C over the next three years. Last year the Cherokee Nation screened 23,000 patients.

Providers at numerous IHS hospitals and clinics are working with external specialists like Project ECHO (Extension for Community Health Outcomes) and telehealth programs. The “Liver Connect” educational telemedicine conference serves all of Alaska from its hub in Anchorage. Other programs at the University of New Mexico, the University of California at San Francisco, and the University of Washington provide telehealth and teleconsultation services to treat our Indian Health Service/Tribal and urban (I/T/U) patients on-site, rather than referring them to facilities far away from their support systems and their communities.

The Fort Peck Service Unit (FPSU) in Northeast Montana is hours away from HCV specialists.  Pharmacists at FPSU are keystones in the HCV response. HCV patients on the Fort Peck reservation are being successfully treated by a Pharmacist-led HCV treatment program, in conjunction with a local physician and the ECHO telehealth program. This program has successfully cured over 10 patients. Ft Peck pharmacists and many other pharmacists in I/T/U facilities are helping to lead medical teams in the follow up, treatment, and cure of HCV patients.

Hope for the Future

IHS will continue to utilize the National Viral Hepatitis Plan for 2017-2020, and is committed to: 1) improving clinicians’ capacity to treat HCV, 2) preventing new infections, and 3) improving the lives of AI/AN people living with HCV. With an estimate of 20,000 to 40,000 patients in need of HCV treatment, IHS will continue to examine how to best allocate its clinical and financial resources to raise the physical, mental, spiritual and social health of AI/ANs to the highest level.

Rick Haverkate, a member of the Sault Ste. Marie Tribe of Chippewa Indians, has been working with tribal public health programs since 1989. He has an MPH from the University of Hawaii and currently serves as the National HIV/AIDS Program Director for IHS. Rick previously worked with the HHS Office of Minority Health, the National Indian Health Board, and the Inter-Tribal Council of Michigan, Inc.

Brigg Reilley has worked in the IHS HIV National program since 2007. Prior to that, he worked with Doctors without Borders for 10 years in various international settings. Brigg obtained his MPH from Tulane University.

This post was reprinted from Indian Health Services, May 19, 2017.