Despite the widespread availability of new hepatitis C virus (HCV) treatments in places like the United States, Europe, the Middle East and parts of Southeast Asia, Chinese health authorities have yet to approve the breakthrough direct-acting antivirals, which can cure up to 90 percent of people in just weeks. As a result, a huge medical tourism industry between China and India has opened up, The Wall Street Journal reports.

Up to 10 million Chinese people are estimated to have hep C, which is fueling an overseas medical tourism industry for HCV cures that could be worth up to $50 billion, according to a recent analysis by international investment firm Founder Securities. Because of this, a number of Chinese companies have begun offering specially designed trips to India, where generic versions of hep C drugs Sovaldi (sofosbuvir) and Harvoni (sofosbuvir/ledipasvir) are sold at a much lower price than is offered in the rest of the world.

For example, 35,000 yuan ($5,332) can buy Chinese consumers a four-day package to New Delhi that includes medicines, a doctor consultation, round-trip flights, a four-star hotel and a half-day tour of the city. A similar trip to Bangladesh, where generic hep C treatment is also available, costs 30,000 yuan ($4,600).

HCV treatments from Gilead Sciences, Bristol-Myers Squibb and AbbVie are undergoing clinical trials in China and the companies are aiming for approvals in the “near future.”

The New Coronavirus Appears to Affect the Liver 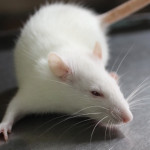