Hepatitis C Rarely Clears Spontaneously in Those With HIV

People living with HIV who contract hepatitis C virus (HCV) rarely spontaneously clear the latter virus without treatment, Healio reports. Consequently, researchers advocate changing direct-acting antiviral (DAA) labels to specify that they should be prescribed during the acute, or very early, phase of hep C infection among those coinfected with HIV.

Christoph Boesecke, MD, of the University of Bonn in Germany, presented findings from the PROBE-C study at the 2018 Conference on Retroviruses and Opportunistic Infections (CROI) in Boston. 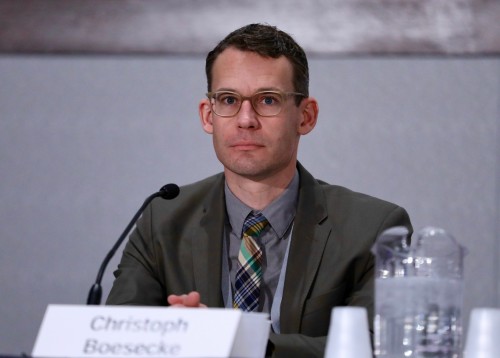 PROBE-C is an observational European cohort study of acute hep C infection among HIV-positive individuals. Between 2007 and 2016, investigators documented 465 people with HIV who were newly infected with hep C, had at least 12 months of follow-up and lived in Austria, Denmark, France, Germany, Great Britain, Italy, the Netherlands, Spain and Switzerland.

Individuals’ acute hep C infection resolved spontaneously in just 11.8 percent of the cases. A total of 69.9 percent of the cohort members began treatment for hep C within 48 weeks of being diagnosed with acute HCV, including 13.1 percent who began DAA treatment within 24 weeks of such a diagnosis. Overall, 75.7 percent of those treated achieved a sustained virologic response 12 weeks after completing therapy (SVR12, considered a cure).

Eleven percent of the overall cohort was cured and then reinfected.

The researchers found no significant association between spontaneous clearance of hep C during acute infection and an individual’s risk factor for hep C transmission, hep C genotype, viral load at baseline or any parameters related to their ALT level or HIV infection. Investigators did note, however, that those who saw their HCV viral load fall by more than two powers of 10 (a 2-log decline) during the first four weeks after receiving a diagnosis of acute hep C were 1,115-fold more likely to spontaneously clear that virus than those who did not see such a decline.

Most People With Hepatitis C Have Improved Liver Function After Treatment