The executive director of the National Viral Hepatitis Roundtable writes about one of the nation’s most grievous and intensifying health disparities, hepatitis C.

New research just unveiled by the University of Pennsylvania indicates that hepatitis C is one of the nation’s most grievous and intensifying health disparities. Based on data collected in four states, the study found that nearly half of Medicaid recipients are being denied access to a cure for hepatitis C, and left to progress to end-stage - often irreversible - liver disease before they can receive life-saving treatment.

More deadly and 10 times more infectious than HIV/AIDS, hepatitis C is a leading cause of liver failure and liver cancer--the fastest-rising cause of all cancer-related deaths, with more than 3.2 million Americans estimated to be living with the virus.

Until recently, hepatitis C treatments were largely ineffective at managing the disease, and caused debilitating - and sometimes even fatal - side effects that left many patients hopeless in the fight against this silent killer. Thanks to innovative treatments that offer cure rates of near 100 percent with minimal side effects, hepatitis C patients now have an unprecedented chance to live virus-free, and avoid liver failure, cancer-causing cirrhosis, liver transplants and other health impacts.

But rather than embrace groundbreaking treatments for the nation’s deadliest blood-borne virus, most state Medicaid programs are turning their backs on patients by enacting discriminatory restrictions for patients seeking to be cured. In fact, research led by the Center for Health Law and Policy at Harvard Law School found that 42 state Medicaid programs with stringent limitations on who can access a cure could be violating federal Medicaid law, which requires states to cover drugs consistent with their FDA labels.

The situation has gotten so bleak that the U.S. Centers for Medicare and Medicaid Services (CMS) recently recognized the problem and issued a letter advising states against unreasonable restrictions on hepatitis C treatments. CMS warned that hepatitis C treatment restrictions should not result in the denial of access to “effective, clinically-appropriate, and medically-necessary treatments” for Medicaid recipients, and urged states to carefully monitor hepatitis C drug-coverage policies of their Medicaid Managed Care Programs (MCOs) to ensure all enrollees have appropriate access to treatment. But without action at the state level, Medicaid recipients won’t see a change in treatment access.

Curing hepatitis C is not only the right thing to do - increasing evidence suggests that treating the virus early is also the most cost-effective approach. New research from Avalere Health finds that the true calculated value of hepatitis C treatments to payers is likely even greater than previously thought, due to the growing number of hepatitis C treatments entering into the marketplace and other pricing offsets, such as discounts and rebates.

Early treatment is also the preferred course of action in the medical community. Two of the nation’s leading medical authorities on hepatitis C, the American Association for the Study of Liver Diseases (AASLD) and the Infectious Diseases Society of America (IDSA), recently issued updated joint guidance underscoring the need to treat all hepatitis C patients as promptly as possible to prevent disease progression and transmission.

Researchers, CMS leadership and medical authorities are all aligned on the need to promptly cure hepatitis C and eliminate one of the nation’s most short-sighted insurance barriers. It is now up to state Medicaid programs to uphold their commitment to help our nation’s most vulnerable populations. They need to start helping patients fight hepatitis C, not make them wait until they are potentially too sick to ever fully recover.

Ryan Clary is the executive director of the National Viral Hepatitis Roundtable (NVHR), an organization dedicated to ending the hepatitis B and C epidemics. This post was originally published on the Huffington Post and is reprinted with permission. 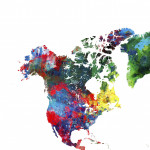 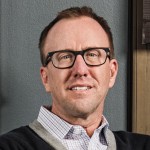 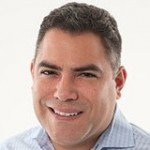