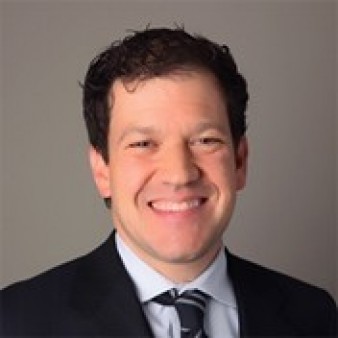 According to the CDC and reported recently by Lena Sun in the Washington Post, Hepatitis C now kills more people annually than the next 60 reportable infectious diseases combined, and, yes, the list of the next 60 infectious diseases includes HIV. In fact, hepatitis C has been killing more Americans than HIV since 2007, a fact the CDC first reported in 2012. That hepatitis C deaths set a new record in 2014 is not surprising. Hepatitis C deaths have set new records in every year since at least 2003, but the continued rise is alarming given that the vast majority of these deaths are preventable with the wide range of treatments now available.

In 2010, my NORC colleague John Wittenborn and I, along with CDC coauthors (none of whom have reviewed this post, nor do I claim to speak for them or the agency. This post reflects my thoughts alone), shopped a paper forecasting the mortality we are seeing today to three major American medical journals.  Each of the journals rejected the paper on the grounds that we had forecasted too many deaths and that the annual rate of increase was too fast. At the time, we argued to the editors that we had done everything we could to err on the side of underestimation and that we privately thought our forecasts were too low.

Finally, our article was published in Digestive and Liver Diseases, the official journal of several Italian, French, and Israeli Hepatology and Gastroenterology Societies. The article first appeared online in late 2010, and in it, we predicted that without action, deaths from hepatitis C would increase to 18,200 (CI: 6,500 to 43,600) annually by the year 2020, peak at 36,000 in 2033, and kill over a million Americans by the year 2060. Our abstract concluded, “Because current rates of screening and treatment are low, future morbidity and mortality from hepatitis C are likely to increase substantially without public health interventions to increase treatment.”

Unfortunately, the actual number of deaths CDC now reports for 2014 (19,659) is higher than our 2020, forecast suggesting that a true crises is upon us. I would have preferred for the reviewers to have been right. Tragically, tens of thousands of Americans are dying of hepatitis C for myriad inter-related reasons: lack of awareness of infection, under-investment in a national effort, and impeded access to affordable treatment. In 2016, Congress spent $1 on viral hepatitis prevention for every $23 it spent on HIV prevention, and that includes only CDC funding. This is not to say that federal funding for HIV prevention should be reallocated to hepatitis C (Americans save $230,000 for every case of HIV prevented), but merely to point out that a similar response and investment is desperately needed to prevent the coming waves of deaths caused by hepatitis C.

While drug prices could always be lower, the fact of the matter is that prices have already fallen quite significantly since a new generation of highly effective drugs was first introduced in December 2013.  While further reductions in pharmaceutical prices would certainly increase access, the debate over drug pricing has crowded out much of the conversation about insurance barriers that prevent diagnosed patients who seek treatment from accessing care.Beginning in December of 2014, when competing treatments were first introduced by AbbVie and later Merck, prices paid for hepatitis C treatments have fallen for all organized insurance payers.  Consider the following;


The real news on pricing is the recent decision by the U.S. Veterans Administration to drop all restrictions of hepatitis C treatment in exchange for steep price discounts. Manufacturers are offering even larger discounts (rumored to be in access of 80% or less than $20,000 per patient treated) in order to maintain their place on the VA’s formulary.

For a recent publication, I had the opportunity to review 13 studies of the cost-effectiveness of new generation treatments for hepatitis C published between 2012 and 2015. All 13 studies found treatment to be cost-effective, and though the evidence is yet to be published, it is highly likely that treatment may be cost-saving at cost below $20,000 per patient treated especially given new evidence published in the same article that the cost of untreated hepatitis C is higher than previously estimated. In addition, in November of 2015 the US Centers for Medicaid and Medicare Services issued a letter advising State Medicaid offices that hepatitis C treatment is a required benefit for all State programs that cover prescription drugs provided that manufacturers participate in Federal cost rebate programs (which all do).

Given the recent news on the accelerating numbers of deaths from hepatitis, the time has come for serious consideration of the following solutions:

With greater attention to hepatitis C diagnosis and treatment we hopefully can turn the tide of preventable hepatitis C deaths.

The views expressed here are those of the blogger alone and do not reflect those of NORC, the CDC, or any other individual or institution. The post has not been reviewed, edited, or approved by any of Dr. Rein’s current or former co-authors or funders.

David B. Rein, Ph.D., is a Program Area Director for NORC’s Public Health Analytics Division. This article originally appeared May 10, 2016 in NORC’s Sparks, and is reprinted with permission.