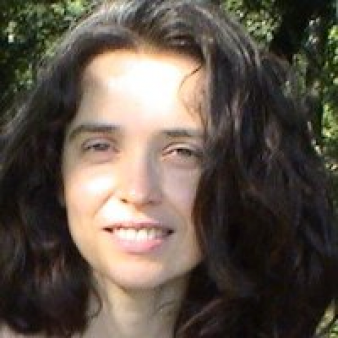 The experts in the European Liver Patients Association (ELPA) Hep-CORE advisory group provide a window on the broad range of hepatitis activities and perspectives in Europe today. Hep-CORE PI Jeffrey Lazarus has been interviewing some of them about how they came to work with viral hepatitis, how the field has been changing, and what new research is called for. The fourth interview in the series is with Marie Jauffret-Roustide, a researcher at the French Institute of Health and Medical Research (INSERM).

How did you get involved with hepatitis C?

I actually earned a master’s degree in political science, and later a PhD in sociology and social science. In the early 90s, my research focused on the history of HIV and harm reduction in France, and the difficulties of implementation.

In the beginning of the 2000s, I joined the French CDC (the Institute for Public Health Surveillance) to concentrate on the epidemiology of HCV among people who use drugs. I’ve been working now with drug use and HCV for 20 years.

Three years ago I got a permanent research position at INSERM – no more grant writing to get a salary! Since then, my work has involved as much sociology and political science as epidemiology.

How else has your work with HCV changed over the years?

One change for me is how it’s shifted focus from injecting drugs to crack cocaine. But perhaps more telling is what has stayed the same, at least in France.

In the 90s, national harm reduction policy revolved around providing access to syringes and opioid substitution therapy (OST). Yet they were difficult to implement because the French attitude toward drug use has been moralizing and repressive. Politicians and the general population had a hard time accepting that GPs might provide OST or that drug users might get free syringes.

Since then, France has become much more accepting of both interventions. Yet drugs are still seen as a moral failing and not really a public health problem. The result is that, 25 years later, I’m still studying the same debates, now about supervised consumption rooms. I find it exciting to analyze how the factors that determine the social acceptance of harm reduction policies can evolve in different settings over time.

What major challenges do you see ahead in combating HCV?

The rise in crack use, and the lack of attention it receives as a mode of transmission. In Paris, for instance, a third of the people visiting harm-reduction facilities use crack. Yet it continues to be neglected as a risk factor – not only by users, but also by policymakers, harm-reduction specialists and people who work with viral hepatitis.

In France, perhaps the biggest challenge is changing the nature of our approach to HCV and harm reduction: it’s far too medicalized. We’re praised for having the highest coverage in the world for HCV treatment and OST, even if there’s still room for improvement. On the surface, the emphasis on OST might seem rational, but it doesn’t work very well if the social conditions of drug users are still neglected.

A study I conducted in France in 2004 found that the level of syringe sharing was 13%. In 2013, I ran another study that found it was 26% – twice as high. At the same time, a third of the people who inject drugs have reported difficulty accessing sterile syringes, even in big cities like Paris.

As a sociologist, I’ve concluded that the high level of HCV risk exposure is due to the fact that harm-reduction policies do not take the social and political determinants of drug use sufficiently into account.

So it’s crucial we change the model.

What areas of hepatitis C research are being overlooked?

We need to know more about the social determinants of HCV transmission – and what interventions can address these determinants.

In addition, there are a lot of good tools to reduce harm for people who inject drugs – but not for crack users. So we need to explore and develop new harm reduction tools for people who use crack.