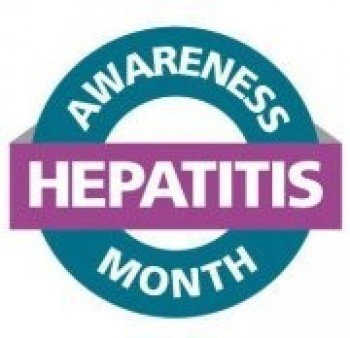 Hepatitis Awareness Month is observed the entire month of May. Unlike HIV or breast cancer, hepatitis B and C are the awkward diseases that comedians joke about, but few understand the seriousness of these problems. Viral hepatitis desperately needs every bit of awareness and subsequent intervention and prevention it can muster.

Consider hepatitis C, the more prevalent of the two chronic forms of viral hepatitis. Beginning in 2012, the Centers for Disease Control and Prevention (CDC) reported that the number of deaths associated with hepatitis C surpassed all 59 other notifiable infectious conditions. Despite the high mortality rate, funding for viral hepatitis-related services is paltry. Currently, there is no money for a nationally coordinated chronic viral hepatitis surveillance system.

The CDC conservatively estimates that there are 3.4 to 5.3 million people with chronic hepatitis B and C in the US. Between 2010 and 2013, new hep C infection rates increased by 151 percent, largely because of opioid use. For the first time since 1990, the number of acute hepatitis B cases has increased.

The majority of people living with chronic viral hepatitis do not know they have it. Hepatitis Awareness Month isn’t reaching them. Viral hepatitis doesn’t have its own postage stamp or national spokesperson. Hepatitis organizations can’t even agree on the color of its awareness ribbons. Are they red, yellow, red and yellow, or red and blue? What we can agree on is that viral hepatitis is a huge problem and if we don’t act now, the death rate will continue to rise.

Although viral hepatitis does have an entire month devoted to awareness, the campaign pales in comparison to an entire month of pink everything in October. Women dying from breast cancer is an awful reality, one that we as a nation can get behind. However, the American public isn’t sympathetic to hepatitis C sufferers, a disease that that is deeply stigmatized because of its sometimes-association with injection drug use.

And while I am comparing diseases, let’s look at HIV. It can be tricky comparing the two, because people living with HIV fought mightily for the services they finally got, and they need every penny of funding they have. AIDS day on December 1 is a powerful reminder of how precious everyone is, and why we need to find a cure for HIV. But more people are dying from hepatitis C than from HIV, and obviously Hepatitis Testing Day on May 19 is not getting the attention it needs.

Stigma plays a large part in keeping hepatitis C in the shadows. Between its association with injection drug use and the fact that it is infectious, it makes it hard to walk into the doctor’s office and request a test. The majority of those who are infected do not know it, and baby boomers bear the lion’s share of this silent disease. Nearly 75 percent of Americans with hepatitis C are baby boomers; the CDC recommends testing all people born from 1945 through 1965.

What if we had a world without baby boomers? Or a world without musicians and other remarkable people with hepatitis C? We already know what it feels like to live in a world without Lou Reed, Natalie Cole, Ken Kesey, Etta James, Danny Kaye, and Allen Ginsberg. Then there are the ones you don’t know about, the many patients and friends I lost to hepatitis C. This virus could have also taken David Crosby, Greg Allman, and Naomi Judd but medicine intervened. Medical intervention spared the lives of my friends Karen, Chris, Jack, Lynn, Jane, Mike, Teresa, Rick and others.

I am also on the spared list. Now cured, I lived with hepatitis C for 25 years. And although I am grateful to be virus-free, it’s not enough. It’s hard to be a survivor when others are needlessly dying from a curable and preventable disease. Hepatitis C is treatable, but many don’t have access to treatment. Therein lays the problem. Only about 6 percent of those with hepatitis C have been treated and cured. In the meantime, Australia is on track to treat everyone with hepatitis C. Europe also has a plan to eliminate hepatitis C by 2030. The U.S. is not as far along, but experts are considering the notion that we have the tools to eliminate hepatitis B and C.

In the meantime, we must continue to speak up, loudly and often. If a postage stamp, spokesperson, or day without music would help, then bring them on. However, those things seem silly when what we really need is for doctors to test their patients, and for insurance companies to pay for treatment. We need Congress to do the right thing and provide funding for services for prevention and treatment of viral hepatitis. We need a national viral hepatitis surveillance system. And what we need most is to eliminate viral hepatitis so we won’t ever lose anyone else to these two diseases.

Lucinda K. Porter, RN, is the author of Free from Hepatitis C and Hepatitis C One Step at a Time and has a regular blog at HEP. This post was originally published on the Huffington Post and is reprinted with permission.