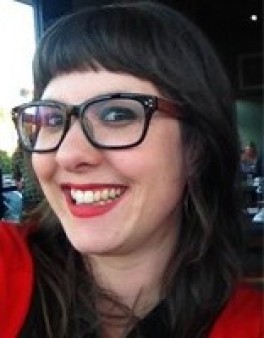 Recently someone from a local health department asked me how many Americans are living with the hepatitis C virus (HCV). “Three to five million,” I responded. “That doesn’t seem like very many. Why should I care, given all the other public health concerns?” While I was surprised by this question, it made me realize many others may be wondering the same thing.

In honor of May as Hepatitis Awareness Month and May 19th as National Hepatitis Testing Day, I want to take this opportunity to present ten reasons why HCV should be a national priority.

Why HCV matters to Americans:

CalHEP’s advocacy with the legislature and governor secured $3 million a year in the state’s Department of Public Health (DPH) budget for a syringe access supply clearinghouse, through which authorized programs can secure free syringes and other injection and disposal equipment for distribution to people who inject drugs. CalHEP also secured $2.2 million a year for three years for DPH to fund HCV demonstration programs to develop models for increasing HCV testing and linkage to care.

Many state Medicaid programs have expressed concern over the price of HCV medications (for example, they often cite the $84,000 wholesale acquisition cost for 12 weeks of Solvadi, the first of a number of new hepatitis C medications that cure the disease). In an effort to control costs, many implemented restrictive policies, such as prohibiting treatment for people who use drugs and providing treatment only to people with advanced disease. In California, CalHEP engages in letter writing campaigns and provides public testimony to advocate that all Medi-Cal beneficiaries with HCV should have access to the cures. While more work needs to be done, our advocacy contributed to Medi-Cal changing many aspects of its policy and greatly improving access.

Liver Disease Required for Medicaid Coverage of Solvaldi as of December 2014 (note that some states have changed their policies since publication of this map).

If you are inspired to advocate for resources to eliminate HCV, here are some ways to get involved:

The relationship between HCV and HIV advocacy work is symbiotic. Approximately 25 percent of people living with HIV are co-infected with HCV. Liver disease, largely due to HCV, is a leading cause of non-AIDS-related death among people living with HIV. Many of the tools and strategies—such as syringe access, evidence-based drug treatment, testing, and linkage to and retention in care—are needed to eliminate both epidemics.

The reach of HCV advocacy goes beyond the virus itself, but rather extends into other areas of health, including people living with HIV, heart disease, and diabetes. So when another person asks me, “Why should I care about HCV?” I will respond, “If we have effective curative medications and tools to eliminate HCV and save lives, while simultaneously combating other diseases and saving millions of dollars, why shouldn’t we?”

Emalie Huriaux is Director of Federal & State Affairs for Project Inform (www.projectinform.org), chair of the California Hepatitis Alliance (a coalition of over 90 organizations working to end hepatitis B and C) (www.calhep.org), and chair of the National Viral Hepatitis Roundtable’s Steering Committee (www.nvhr.org). In these roles she leads California’s hepatitis prevention, care, and treatment policy advocacy efforts and works in coalition with national partners to advocate for a robust federal response to viral hepatitis.

This article originally appeared in the AIDS United blog, May 10, 2016 and is reprinted with permission.