Interestingly, the drugs themselves, not just the act of curing the virus, were tied to a lower diabetes risk in a recent large study.

Treating hepatitis C virus (HCV) with direct-acting antivirals (DAAs) is associated with a lower risk of diabetes. Interestingly, DAAs themselves, not just the act of curing the virus, were tied to a lower diabetes risk in a recent large study.

Scientists have firmly established that HCV is associated with a higher risk of diabetes. However, whether interferon and ribavirin treatment for hep C affects diabetes risk remains controversial. Some reports have suggested that such treatments may actually prompt new cases of diabetes.

A recent study found that DAA therapy for HCV had a beneficial effect on glycemic control among those with diabetes. That said, no studies have directly compared diabetes diagnosis rates between people with HCV based on whether they were treated with interferon and ribavirin or DAAs or whether they went untreated.

Adeel A. Butt, MD, MS, of the VA Pittsburgh Healthcare System, presented findings at the 2019 Conference on Retroviruses and Opportunistic Infections in Seattle of a study in which he and his colleagues sought to conduct such a comparison between types of HCV treatment, looking at differences in the rate of new diabetes diagnoses that occurred more than 12 weeks after participants entered their cohort. 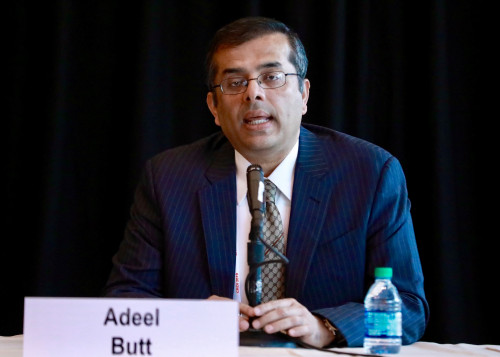 The researchers analyzed data from the ERCHIVES national cohort of veterans with HCV as well as controls who do not have the virus. Data regarding the cohort members is drawn from the Veterans Health Administration Corporate Data Warehouse.

The study excluded those coinfected with HIV or hepatitis B virus (HBV); those already diagnosed with diabetes upon their entry into the cohort; and those previously treated with both interferon- and DAA-based treatment, except for those who had been treated with interferon and either of the first-generation DAAs, Incivek (telaprevir) or Victrelis (boceprevir), who were classified in the DAA treatment group.

A total of 78.8 percent of those treated for HCV achieved a sustained virologic response 12 weeks after completing therapy (SVR12, considered a cure).

Those with more severe fibrosis were more likely to develop diabetes.

After adjusting the data to account for HCV cure status, the researchers found that DAAs themselves were independently associated with a reduced risk of diabetes.

To view a webcast of the conference presentation, click here.