How Hep C Hijacks the Immune System to Establish Infection

Researchers have identified the pathways by which hepatitis C suppresses the natural immune response to its presence.

Upon first infecting the body, hepatitis C virus (HCV) hijacks a key means by which the immune system mounts an inflammatory response to the virus. This allows hep C to establish a chronic infection in most people (a minority spontaneously clear the virus).

The acute, or very early phase, of hep C infection is not typically associated with significant symptoms. Instead symptoms tend to be mild and unspecific, which suggests to scientists that the immune system is being suppressed at this time. Because people don’t become significantly ill, they are unlikely to seek medical attention or to get tested for the virus at this time, allowing the virus to harm the body for as long as decades before major symptoms arise.

Publishing their findings in The FASEB Journal, researchers built on a previous study in which they established that HCV activates certain regulators of the immune system known as suppressor of cytokine signaling (SOCS), which suppress the cytokines that give rise to the inflammatory immune response.

In the new study, the investigators found that HCV accomplishes this by using a protein known as p7, which triggers SOCS.

“By increasing the expression of SOCS, HCV basically dulls the normal immune response to viral infection,” Nigel Stevenson, PhD, an assistant professor in immunology and biochemistry at Trinity College Dublin and the study’s lead author, said in a press release. “Without a strong signal, our body’s cells cannot then mount an effective inflammatory and antiviral response that clears the infection.”

Regardless of Weight Loss, Exercise Benefits People With NAFLD 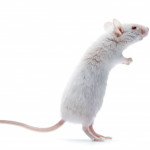