Hep C Is More Common Among Men and African Americans

Men and African Americans have twice the rate of hepatitis C virus (HCV) compared with women and people of other races, respectively. This finding is included in a new analysis from HepVu, which along with AIDSVu, publishes statistics and infographics online about the HCV and HIV epidemics.

Publishing their findings in Hepatology Communications, researchers from the Centers for Disease Control and Prevention (CDC), Georgia State University, Emory University and the University of Albany reviewed data from the National Health and Nutrition Examination Survey, the National Vital Statistics System and other published literature on the HCV epidemic.

An estimated 2.3 million people are living with HCV in the United States.

The study found that in almost every state, the HCV rate among men was about twice that seen among women. Nationally, 1.3% of all men and 0.6% of women have the virus. 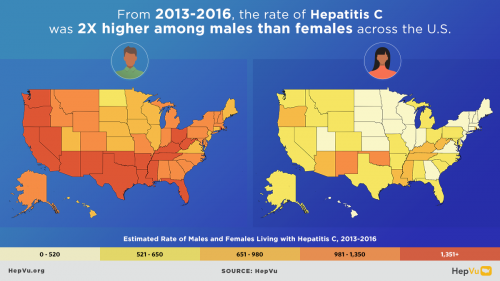 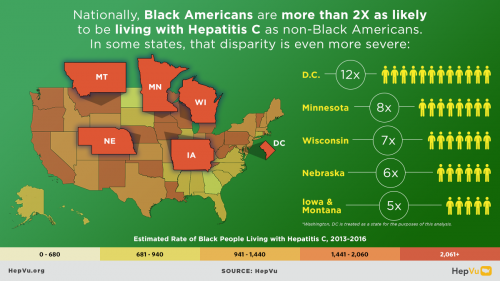 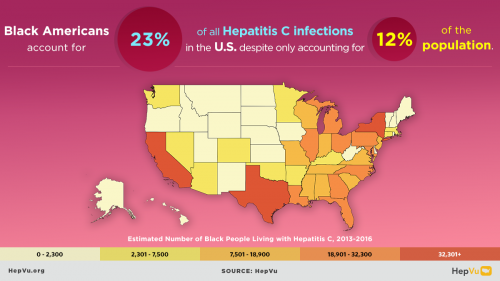 In certain states, including Kentucky, New Mexico, West Virginia and Oklahoma, younger adults represent an increasing proportion of the hep C population. In those states, the hep C rate among those born after 1969 is twice the national average among that birth cohort. These states have been heavily impacted by the opioid crisis, which has driven up rates of injection drug use in recent years. 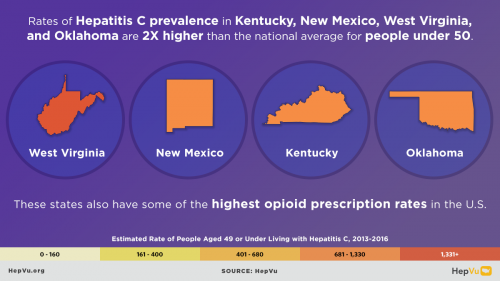 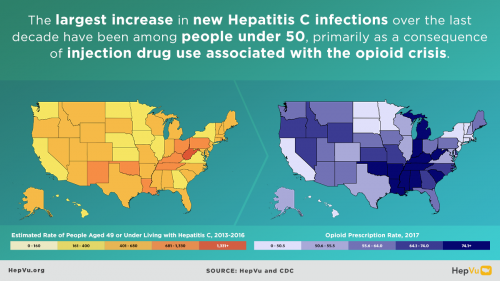 “The data highlight health disparities among certain populations and areas of the country and underscore the continuing need for consistent, well-grounded data that can help public health decision makers develop tailored strategies to address hepatitis C,” Patrick Sullivan, PhD, a professor of epidemiology at Emory University’s Rollins School of Public Health and the principal scientist for HepVu, said in a press release. “Knowing there is a cure for hepatitis C, it is even more critical to use data to identify areas where we should strengthen surveillance, screening, and treatment to stop this epidemic.”

“Illustrating disparities in hepatitis C prevalence is key to understanding high-risk populations and where they reside,” said Heather Bradley, PhD, an assistant professor of epidemiology at Georgia State University’s School of Public Health and the project director for HepVu. “Our research aims to deliver in-depth insights on hepatitis C across the U.S. and its distribution within states to better inform public health decision-making and resource allocation for monitoring, prevention and care services.”