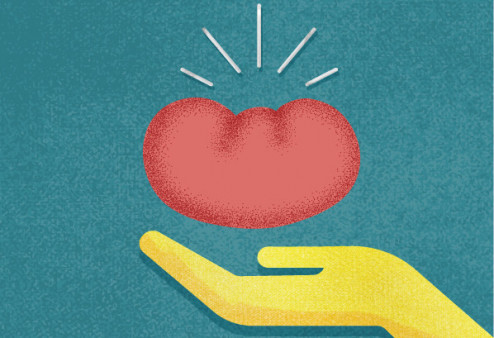 Study findings suggest HCV-RNA-positive kidneys are not inferior in the direct-acting antiviral era.

People who receive kidney transplants from deceased donors with hepatitis C virus (HCV) have graft survival rates comparable to those who receive HCV-negative organs, according to study findings published in JAMA.

“This study and others suggest that many patients on the transplant waiting list should weigh the option of transplant with an HCV-RNA-positive donor kidney,” the study authors wrote.

Many deceased organ donors in the United States have hepatitis C. Before the advent of direct-acting antiviral (DAA) therapy, recipients of organs from donors with HCV were at risk of developing the disease themselves, which could lead transplant failure and even death. Many HCV-positive organs were therefore discarded. But DAAs, which can cure hepatitis C in nearly all patients, have made transplants from HCV-positive donors safe, with trials showing 100% cure rates.

The Kidney Donor Profile Index (KDPI) is a measure of the quality ascribed to donor kidneys, with higher values suggesting poorer quality. Based on data from the period when older interferon-based therapy was used to treat hepatitis C, the index considers kidneys from HCV-positive donors to be inferior, and a high KDPI score may be one reason why such kidneys continue to be discarded.

Peter Reese, MD, PhD, of the Perelman School of Medicine at the University of Pennsylvania, and colleagues assessed whether the penalty levied on kidneys from HCV-RNA-positive donors is relevant when effective antivirals are available.

The researchers carried out a retrospective cohort study of adults who received kidney transplants from deceased donors between July 2016 and December 2021 using data from the Organ Procurement and Transplantation Network.

The study population included 45,827 deceased donors and 75,905 kidney recipients at 217 U.S. centers. Ultimately, the team compared outcomes for recipients of 2,551 kidneys from HCV-RNA-positive donors and 43,276 organs from HCV-RNA-negative donors, looking at five-year kidney graft survival rates. They focused on HCV RNA status (detectable or undetectable), which indicates active infection; recipients of kidneys that were HCV antibody positive but HCV RNA negative were excluded.

Deceased donors with hepatitis C were younger, on average, than their HCV-negative counterparts (median 35 versus 39 years), and they were less likely to have hypertension or diabetes or to have suffered a stroke. Additionally, their donated kidneys had better KDPI scores (32% versus 47%). Recipients of HCV-positive kidneys were older, on average (60 versus 56 years), weighed more and were more likely to have diabetes than recipients of HCV-negative organs.

“Recipients of kidney transplants from HCV-RNA-positive deceased donors had five-year mean allograft survival that was not statistically different from HCV-RNA-negative kidney recipients during the direct-acting antiviral era,” wrote the researchers. “These findings may provide a rationale for the transplant community to reexamine the KDPI’s HCV penalty.” 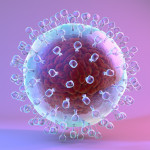