Hepatitis C is apparently independently linked with plaque buildup in the arteries, which can lead to heart attacks and strokes. Out of the 994 men whose medical data researchers analyzed, 613 were HIV-positive, 70 were coinfected with HIV and HCV, and 17 had only hep C.

The study’s senior investigator, Eric Seaberg, PhD, an assistant professor of epidemiology at the Johns Hopkins Bloomberg School of Public Health, says that people with hep C should pay attention to their overall risk of cardiovascular disease. He recommends they “discuss their cardiovascular health with their physician while getting an annual cardiac checkup that includes cholesterol and glucose testing, a blood pressure assessment, and an examination of lifestyle habits.” Getting a hep C viral load test done at least once, he suggests, could be helpful for assessing overall risk. 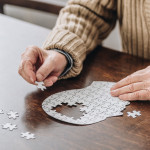