May 2015 marks 50 years since the hepatitis B virus (HBV) was discovered, according to the Hepatitis B Foundation, which recently honored the anniversary with a gala that raised more than $100,000 for liver disease research and advocacy.

The 2015 Crystal Ball, held at the foundation’s headquarters in Doylestown, Pennsylvania, included dancing, a live and silent auction, and an awards ceremony. The gala was attended by hundreds of liver disease researchers and activists.

The evening was dedicated to the late scientist Baruch S. Blumberg, MD, PhD, who received the Nobel Prize in Medicine in 1976 for discovering HBV. He and his colleagues also developed the hep B blood test and the first HBV vaccine. Blumberg, who died in 2011, co-founded the Hepatitis B Foundation as well.

Eugene Schiff, MD, director of the Schiff Center for Liver Diseases at the University of Miami, was awarded the night’s highest scientific honor—the 2015 Baruch S. Blumberg Prize—for his pioneering work on the medical management of hep B.

Hep B affects more than 12 million Americans and 2 billion people worldwide. There is currently no cure for HBV. 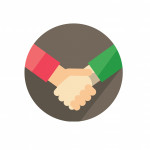 Chari Cohen Is the New President of the Hepatitis B Foundation