Greg Jefferys—a Hep blogger and advocate for cheaper generic hepatitis C virus (HCV) treatments—made the national news in his home country of Australia, where the Australian Broadcasting Company (ABC) lauded his work as “straight from the script of Dallas Buyers Club.”

Last year, the HCV-positive blogger traveled to the Indian city of Chennai to obtain generic Sovaldi (sofosbuvir) meds at a cost of just $900 for a full course of treatment. In the developed world, Sovaldi, which is made by U.S. pharmaceutical company Gilead Sciences, can cost up to $100,000 for the same treatment.

After 11 days of taking the cheaper Indian-made drugs—which have the same chemical formula as Gilead’s brand-name treatment—his liver functions returned to normal. Within four weeks, the virus became undetectable in his blood.

Now that Jefferys is cured of hep C, he has set up an alternative drug supply for HCV-positive Australians seeking generic drugs from India. So far, reports ABC, he has provided the medication to “over 100 Australians.”

Is Your State Restricting Access to Hepatitis C Treatment? 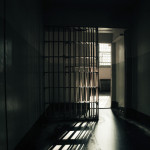