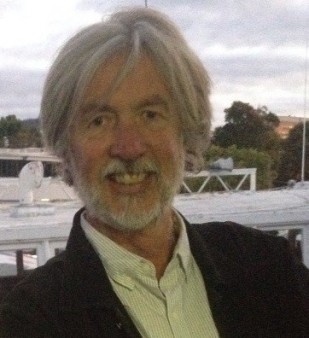 In July 2014, my wife and I went for couple of weeks’ holiday in Queensland, having a break from the Tasmanian winter. Somewhere along the way to our holiday destination, my wife picked up a very bad dose of the flu and was bedridden for a few days. Of course, I ended up catching the virus too, not as severely as my wife, but I was pretty sick for a couple of days.

About mid-August, a couple of weeks after getting home from the holiday, I began to feel strangely fatigued. The fatigue coincided with my urine becoming noticeably darker in color and acquiring a rather strong and unpleasant smell. I knew something was not right, but did not worry too much until I had a day when I could not raise myself from my bed. Then I started to become concerned. The thing that really got me thinking about going to the doctor was that my morning cup of coffee, a double shot long black, practically sent me to sleep. Something was wrong and I felt it was probably my liver.

Meanwhile my wife, who had started worrying sooner than me, had Googled my symptoms and insisted that I visit our family doctor, which I eventually did. The doctor ordered tests and confirmed I had hepatitis C, genotype 2. Knowing the risk factors, I probably contracted it in 1974.

Of course, all this produced a lot of shock for me and for my wife. Prior to this point, I was a very fit 60 years old (at the time of writing this I am 61) and, while I did enjoy a glass or two of red wine, even the occasional three or four at a party, I was not a serious or heavy drinker.

Because I live in Australia, the most effective treatment for genotype 2 was not available. The only way I might be able to get treated with sofosbuvir (Sovaldi) and ribavirin was through a clinical trial, but none was available.

My life was in my hands, and I made a decision that changed my life in a huge way. I flew to India and obtained a generic brand of Gilead’s sofosbuvir along with ribavirin. The short version of the story is that in four weeks, my hep C viral load was undetectable, and stayed that way throughout the 12 weeks of treatment. Post-treatment, I had a 12-week sustained virologic response, which means I am cured.

But this is only the beginning of my story. My experiences took me on an unexpected journey, all because I blogged about my hep C treatment. The blog started a chain of events that led to more than I can begin to tell you here. It connected me with others who could not get the latest treatments. I have helped thousands of people obtain generic hepatitis C medications from various countries. My blog documents the events, and shows what one person can do if he (or she) puts his mind to it. And if I can do it, so can you. Never give up.

What is your greatest achievement?
Getting married and raising a family

What is your greatest regret?
Losing my temper

What keeps you up at night?
A good party

If you could change one thing about living with viral hepatitis, what would it be?
The stigma people have about it

What is the best advice you ever received?
Never give up.

What drives you to do what you do?
Compassion

What is your motto?
Do unto others as you would have them do unto you.

If you had to evacuate your house immediately, what is the one thing you would grab on the way out?
My wife

If you could be any animal, what would you be? And why?
An eagle, because it is a high-flying, powerful but solitary creature.