Among study participants, having such a rare genetic disease was associated with numerous health attacks.

The injectable treatment givosiran has shown robust success in mitigating the effects of acute hepatic porphyria (AHP) in an ongoing study, MedPage Today reports. The drug was associated with a lower rate of health attacks as well as improvements in self-reported health status and quality of life among participants.

Alnylam Pharmaceuticals intends to submit givosiran for Food and Drug Administration approval in mid-2019. The drug is an RNAi therapeutic that targets minolevulinic acid synthase 1 (ALAS1) and is administered via a subcutaneous (under the skin) injection.

At the study’s outset, the participants were experiencing about four health attacks during the previous six months. Forty percent of them were taking hemin prophylaxis yet were still suffering from attacks. About 30 percent took opioid painkillers regularly. Half of the cohort experienced chronic pain between their attacks.

About 90 percent of the participants were women. The median age was 38 years old. To qualify for the study, they needed to have at least two health attacks during the six months before entering the study.

There were sufficient data on 43 participants for the interim analysis. They were randomized to receive 2.5 milligrams per kilogram of bodyweight of givosiran injected subcutaneously once per month (23 people) or a placebo (20 people). The members of this subgroup were followed for at least three months.

Those in the givosiran group had an average composite annualized rate of 3.2 attacks compared with 12.5 attacks among those who received the placebo. This meant that the drug was associated with a 74 percent average reduction in the attack rate.

Participants also reported improvements in their health status and quality of life.

Entry Inhibitor Could Potentially Cure Hepatitis B and D 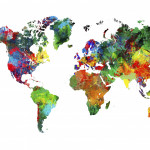 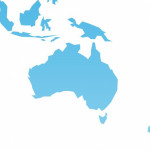