Generic Hepatitis, HIV and TB Treatments Could Plunge to $90 Each

Such generic drugs could save nations huge sums in the coming years.

The cost to treat hepatitis B and C (HBV/HCV), HIV and tuberculosis (TB) could drop below $90 each in nations provided they can negotiate to obtain certain cheap generics in the coming years. This is according to a recent cost analysis of the steps necessary to produce medications for such conditions, taking into account a 10 percent profit margin.

Dzintars Gotham, MBBS, of Imperial College, London, presented findings from the analysis at the 9th International AIDS Society Conference on HIV Science in Paris (IAS 2017). For his research, he teamed with investigators from Howard University in Washington, DC, St. Stephen’s AIDS Trust in London, the University of Liverpool and the University of Cambridge. 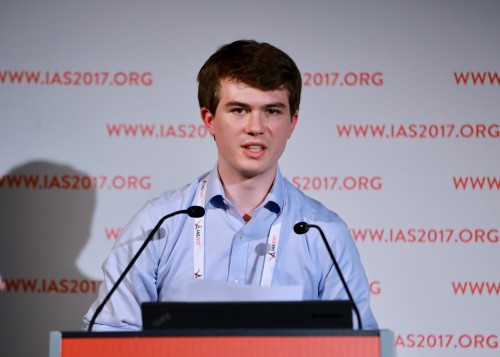 The researchers analyzed the cost of the raw drug, or active pharmaceutical ingredient (API), for various direct-acting antivirals (DAAs) to treat HCV, antiretrovirals (ARVs) to treat HIV and HBV, and TB drugs. They then factored in the cost of making these raw materials into tablets. Next, they considered taxes and a profit margin. Lastly, they compared their estimated prices to the current lowest prices of these medications according to the Médecins Sans Frontières (Doctors Without Borders) 2016 guide to antiretroviral drug costs.

For example, in their analysis of the potential cost of a 12-week course of generic Sovaldi (sofosbuvir), they found that: the cost of the API was $1,050 per kilogram (enough to treat 30 people); the API for a 12-week course was $35; the cost to formulate the drug into tablets was 1 cent per tablet, raising the overall cost to $36; the cost of packaging was 35 cents per month of drug, raising the overall cost to $37; and considering a profit margin and tax bump of 13 percent, the final generic price was $42. 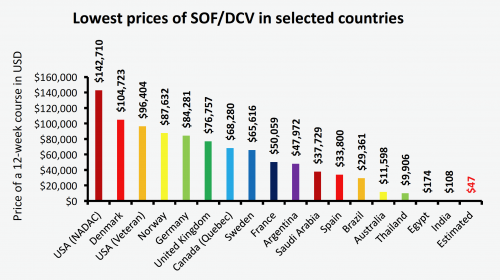 Generic versions of drugs for HIV, HBV, HCV and TB that could cost less than $90 are listed below. Such price reductions are likely feasible in low- and middle-income nations according to the analysis. Meanwhile, once the drugs lose their patent protection (go off patent), wealthier nations could see similar steep price reductions.

HIV (per year of treatment):

Hepatitis B (per year of treatment):

These estimates are limited by the fact that they do not factor in the cost of transporting the generic drugs or conducting trials to ensure that the drugs are comparable to brand-name versions. However, the profit margin buffer may help offset such costs. Additionally, the analysis does not consider the cost if drugs are manufactured domestically instead of imported, which would presumably make them less expensive.

The analysis also hinges on the presumption that nations can successfully negotiate such steep price reductions with drug manufacturers.

To watch a webcast of the conference presentation, click here.