Indian company Natco Pharma has become the first drug maker in the country to receive approval to manufacture generic daclatasvir as a treatment for hepatitis C virus (HCV), the Business Standard reports.

Daclatasvir is sold in the United States under the brand name Daklinza at a price of nearly $63,000 for one course of treatment. The once-daily, all-oral HCV treatment, in combination with Gilead Sciences’ Sovaldi (sofosbuvir), can produce cure rates of up to 100 percent after just 12 weeks. The pill is also effective at curing nearly all HCV genotypes, which MPP officials believe makes it ideal for global distribution.

Starting immediately, Natco will produce daclatasvir tablets in both 30mg and 60mg forms under their own brand name, Natdac. A bottle of 28 tablets will cost the U.S. equivalent of approximately $60 and $90, respectively.

Global health experts estimate that up to 150 million people have hep C worldwide, and that nearly two-thirds of all people living with the virus are in countries covered by the recent generic drug expansion. 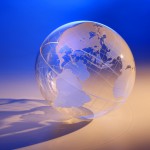 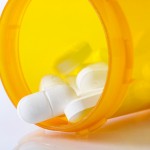