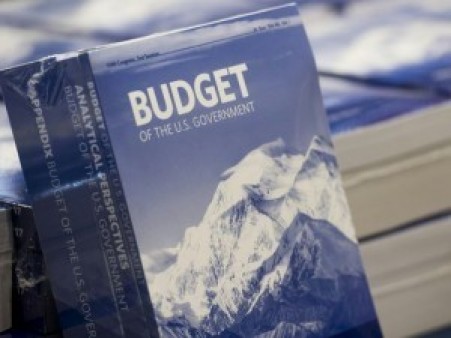 Yesterday the White House released the proposed budget for fiscal year 2017. It includes a $5 million funding increase to the CDC and a $9 million increase to HRSA to support viral hepatitis prevention and treatment initiatives, with an emphasis on addressing the Hepatitis C epidemic. The $5 million at CDC will fund increased efforts to stop the spread of Hepatitis C in young people, reduce viral hepatitis deaths, and reduce mother-to-child transmission of Hepatitis B and C. The $9 million in increased funding for the Ryan White HIV/AIDS Program at HRSA will support a new initiative to treat those co-infected with both Hepatitis C (HCV) and HIV.

The budget also includes a proposal for $1.1 billion to pay for drug treatment for people addicted to opioid medications or heroin. This is in response to the exponential increase in opioid addiction rates and heroin overdose deaths seen in the last decade. The plan seeks to support expanding treatment capacity for opioid abuse, and increase access to these services to more people by making the services more affordable. It also includes $500 million for the Department of Justice and HHS to improve prescription-drug overdose prevention strategies, which includes increasing access to the overdose-reversal drug naloxone.

Prescription opioid drug abuse has become a significant health problem in this country over the past 10 years. The government has addressed the liberal prescribing of these drugs by enacting stricter limitations and accountability to providers. However, these restrictions had the unfortunate side effect of causing many of those addicted to painkillers to start abusing heroin, because it provides a similar effect and was easier to obtain following the government crackdown.

At first glance, these budget requests do not seem to have a direct link to one another. However, there is a significant correlation between the Hepatitis C and opioid abuse epidemics that has been overlooked in these budget proposals, and indicates a missed opportunity by the government to concurrently provide funding to address both of these public health concerns.

The current rise in Hepatitis C cases in the U.S. can be largely attributed to infections among people who share needles during injection drug abuse of drugs such as heroin. The CDC estimates that between 2.5 and 4.7 million Americans are infected with HCV. The broad range of uncertainty in that number is due to the asymptomatic nature of the infection, whereby many people are not aware of their status and unknowingly pass on the infection when engaging in risk behaviors such as injection drug use. This correlation between higher HCV infection rates and injection drug abuse is also a significant contributor to the rise in HCV cases among young people, which is an issue the CDC’s budget proposal specifically seeks to address.

A review of the essential components of the President’s opioid abuse plan indicates no provisions to ensure comprehensive testing or educational interventions for high risk infections from injection drug use such as HIV and HCV as part of the widespread outreach and treatment strategy outlined in the proposal. Such ready access to a large number of people who are at particularly high risk for these infections would be an ideal opportunity for the government to integrate interventions that both address opioid abuse prevention and treatment and the need for improved Hepatitis C testing, treatment and prevention.

Standing alone, the CDC’s $5 million budget increase to address viral hepatitis is likely insufficient to have the desired impact on reducing new incidence of infection and promoting prevention measures. However, if these funds were included as part of a comprehensive strategy like the opioid abuse initiative, the CDC could avoid incurring expenses on outreach and identifying high-risk persons, and focus the funds on providing direct services such as testing and education.

The government should consider more holistic health intervention strategies that effectively address correlated public health concerns, allow for more efficient uses of federal dollars, and maximize desired outcomes. It is also essential that the level of funding the government provides for such initiatives is adequate to effectively respond to the scope of these public health challenges.

This article originally appeared in the Oneill Institute blog, February 10, 2016; permission to reprint granted by the author

California Mandates That Hepatitis B and C Screenings Must Be Offered