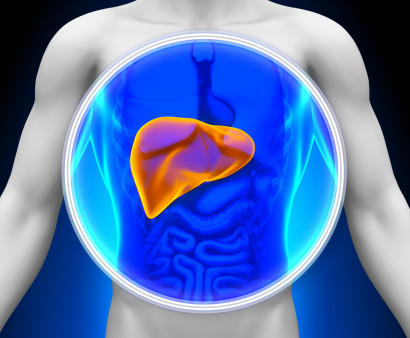 A second immunotherapy option is now available for hepatocellular carcinoma.

The Food and Drug Administration (FDA) this week approved the checkpoint inhibitor Keytruda (pembrolizumab) for people with hepatocellular carcinoma (HCC), the most common type of cancer that originates in the liver.

The accelerated approval is supported by data from the Phase II KEYNOTE-224 trial, which showed that Keytruda reduced the risk of disease progression or death compared with standard treatment in people who previously used targeted therapy.

Over years or decades, chronic hepatitis B or C, heavy alcohol use, fatty liver disease and other causes of liver injury can lead to development of cirrhosis and HCC. Liver cancer is often detected late and is difficult to treat; traditional chemotherapy is not very effective against this type of cancer. Standard first-line therapy includes the multi-kinase inhibitor Nexavar (sorafenib) and the recently approved Lenvima (lenvatinib), with Stivarga (regorafenib) as a second-line option.

“Hepatocellular carcinoma is the most common type of liver cancer in adults, and while we have seen recent therapeutic advancements, there are still limited treatment options for advanced recurrent disease,” Andrew Zhu, MD, of Massachusetts General Hospital and Harvard Medical School said in a Merck press release. “Today’s approval of Keytruda is important, as it provides a new treatment option for patients with hepatocellular carcinoma who have been previously treated with sorafenib.”

Keytruda is a monoclonal antibody that blocks the PD-1 receptor, an immune checkpoint on T cells that regulates immune function. Some tumors can hijack PD-1 to turn off immune responses against them. Drugs that block the interaction between PD-1 and its binding partner, known as PD-L1, can release the brakes and restore T-cell activity.

Keytruda is currently approved for several types of advanced cancer including melanoma, bladder cancer, cervical cancer, stomach cancer and non-small-cell lung cancer. Checkpoint inhibitors do not work for everyone or for all types of cancer. People with higher PD-L1 levels in their tumors tend to do better on this type of treatment, but it is not a reliable predictor of individual response.

The new Keytruda approval is for people with HCC who were previously treated with Nexavar. It is administered as an IV infusion every three weeks. It can be used by people with hepatitis B or C. Unlike some checkpoint inhibitor approvals, there are no restrictions according to PD-L1 expression level.

As reported at the 2018 Gastrointestinal Cancers Symposium and in The Lancet Oncology, KEYNOTE-224 included 104 people with advanced liver cancer who either experienced disease progression on Nexavar or were unable to tolerate it. Most were men and the median age was 68. About 20 percent had hepatitis B virus, a quarter had hepatitis C virus and 9 percent had both. Two thirds had cancer that had metastasized, or spread beyond the liver. They were treated with Keytruda for about two years or until disease progression or unacceptable side effects occurred.

The overall response rate—meaning complete or partial tumor shrinkage—was 17 percent, including one complete response. Another 44 percent had stable disease. Response rates were similar for people who had hepatitis B, hepatitis C or neither virus. Twelve of the 18 responders were still responding after nine months and the median duration of response was not reached. The median progression-free survival, meaning patients were still alive without worsening of disease, was 4.9 months, and the median overall survival was 12.9 months—an improvement over standard therapy.

Treatment with Keytruda was generally safe, although side effects were common. About a quarter experienced severe treatment-related adverse events (most often elevated liver enzymes) and 5 percent discontinued therapy because of adverse events. Immune-related side effects are a concern with checkpoint inhibitors. These drugs work by restoring immune responses against cancer, but they can also take the brakes off the immune system more broadly, leading to inflammation of healthy tissue. Four people experienced severe immune-mediated adverse events and there was one treatment-related death. Three people developed immune-mediated liver inflammation, but none saw increases in hepatitis B or C virus levels.

FDA accelerated approval is based on promising data from early studies, but continued approval may be contingent upon longer-term clinical benefit in larger trials, according to the press release.

Click here to read the KEYNOTE-224 abstract in The Lancet Oncology.