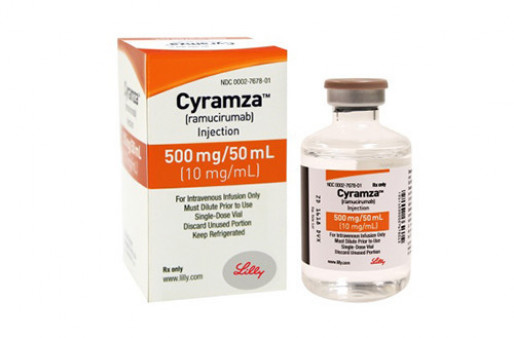 With the approval of Cyramza, there are now five targeted therapies for hepatocellular carcinoma.

On May 10, the Food and Drug Administration (FDA) approved the VEGFR2 inhibitor Cyramza (ramucirumab) for people with hepatocellular carcinoma (HCC) who have a high alpha-fetoprotein (AFP) level and who were previously treated with Nexavar (sorafenib).

The approval was based on results from a Phase III clinical trial that showed Cyramza delays disease progression and extends survival for liver cancer patients with high AFP.

Over years or decades, chronic hepatitis B or C and other causes of liver injury can lead to the development of cirrhosis and liver cancer, which is the fastest-rising cause of cancer death in the United States. Often detected late, liver cancer is difficult to treat, and traditional chemotherapy does not work well. There were previously two immunotherapy drugs and three targeted therapies approved for HCC.

Cyramza, from Eli Lilly, is a monoclonal antibody that blocks the activation of vascular endothelial growth factor receptor 2 (VEGFR2) and prevents the development of new blood vessels needed to supply a growing tumor. It was previously approved for advanced or metastatic stomach cancer, non-small-cell lung cancer and colorectal cancer.

The initial REACH trial showed that although Cyramza did not improve survival among people with advanced HCC as a whole, it did lead to a significant benefit for those with AFP levels of 400 nanograms per milliliter or higher. AFP is a blood biomarker used for liver cancer screening. An AFP level below 10 ng/ml is generally considered normal for adults. About 40% of people with advanced liver cancer have high AFP.

REACH-2 was a follow-up study focused on people with advanced HCC who had AFP levels of 400 ng/ml or higher and had previously been treated with Nexavar but stopped because of disease progression or side effects.

This international study included 292 participants in 20 countries who had liver cancer that was not considered treatable with local therapies or that recurred after such treatment. Nearly three quarters had metastatic cancer that had spread beyond the liver. More than a third had hepatitis B, and 26% had hepatitis C. They were randomly assigned to receive intravenous infusions of Cyramza or a placebo every two weeks, along with the best supportive care.

As reported at the 2018 American Society of Clinical Oncology annual meeting and in The Lancet, the median overall survival duration was 8.5 months in the Cyramza arm versus 7.3 months in the placebo arm. Although this difference was small, it was statistically significant, meaning it was probably not attributable to chance alone.

At 12 months after starting treatment, 36.8% of people who received Cyramza and 30.3% of placebo recipients were still alive, which was not a significant difference. But the difference was greater and became statistically significant by 18 months, at which point survival rates were 24.5% versus 11.3%, respectively. Overall response rates, meaning complete or partial tumor shrinkage, were low: 4.6% with Cyramza versus 1.1% with the placebo. However, looking at the disease control rate, meaning either tumor shrinkage or stable disease without progression, Cyramza did significantly better: 59.9% versus 38.9%, respectively.

“This approval of Cyramza is an important step forward in the treatment of advanced hepatocellular carcinoma,” said REACH-2 principal investigator Andrew Zhu, MD, of Massachusetts General Hospital Cancer Center. “While there have been some recent advances, there are still limited treatment options for people with this type of cancer and—until now—there was no treatment option specifically indicated for patients with increased alpha-fetoprotein concentrations. These patients can have more aggressive disease and a poorer prognosis with increased angiogenesis.” 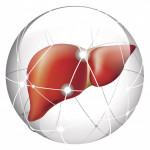