Researchers call for greater use of noninvasive measures of fatty liver disease in this population to identify those at risk.

Among people coinfected with HIV and hepatitis C virus (HCV), fatty liver disease is associated with a higher risk of death over a five-year period, aidsmap reports.

Publishing their findings in the journal Hepatology, a research team led by Maria Patrizia Carrieri, PhD, of Aix-Marseille University in France, analyzed data on 983 people who were followed for at least five years in the French HEPAVIH cohort, a national prospective cohort of people with HIV and HCV coinfection.

The median age of cohort members was 49 years old. Seventy percent were male, 88% had a CD4 count above 200 and 89% were on antiretroviral treatment at the beginning of the follow-up period. Upon joining the study, very few cohort members had advanced fibrosis, 15% had any degree of fibrosis and 12% had been treated for HCV.

The study looked at the cohort members’ fatty liver index score, which is calculated using body mass index (BMI), waist circumference, triglycerides and gamma glutamyl transferase liver enzymes. A score below 30 indicates a lack of hepatic steatosis, or the accumulation of fat in liver cells, while a score of 60 or higher suggests the condition is present.

At the study’s outset, 27% of the cohort members had a fatty liver index score of at least 60. Twelve percent had a score that high at all study visits, and 31% had scores both above and below 60 during the study.

Those with a fatty liver index score of at least 60, compared with those with a score below 30, had a higher BMI, higher triglycerides and greater waist circumference and were more likely to be male and older than 50 years old and to have advanced fibrosis, a history of hepatocellular carcinoma (HCC, the most common form of liver cancer) or liver transplantation, and have signs of cirrhosis (severe liver scarring). They were less likely to smoke, more likely to refrain from drinking alcohol and more likely to drink no more than two cups of coffee daily.

During the study’s follow-up period, 63 people died. Of these deaths, 40% were due to HCV, 3% were due to non-AIDS-defining cancers, 11% were due to AIDS-related illnesses and 5% were due to cardiovascular disease.

After controlling the data to account for various factors, the study authors found that those who entered the study with a fatty liver index greater than 60, compared with those who started with a score below 30, were 1.91-fold more likely to die during follow-up.

After controlling for fatty liver index status, the researchers found that those who had a history of liver cancer or transplantation at the study’s outset were seven times more likely to die during follow-up. Other factors associated with a greater risk of death included entering the study with advanced fibrosis or signs of cirrhosis or with advanced HIV disease.

“In the present era of nearly 100% HCV cure rates thanks to direct‐acting antivirals, these findings encourage the more systematic use of noninvasive steatosis biomarkers to help identify coinfected patients with higher mortality risk,” the study authors concluded. 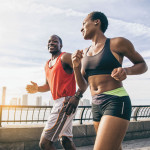