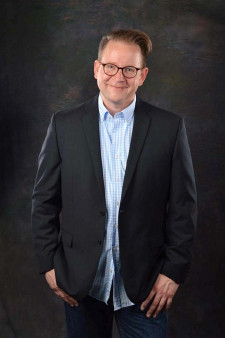 Farewell and Thank You to the Viral Hepatitis Community

Chris Taylor bids farewell to 12 years of hepatitis advocacy with the National Alliance of State and Territorial AIDS Directors (NASTAD).

As my time with NASTAD (National Alliance of State and Territorial AIDS Directors) ends, I reflect on the past 12 years in Washington, DC. What follows is a blend of some of my history at NASTAD as well as highlights of hepatitis-related policymaking that occurred during that time.  Other details about my service to the viral hepatitis community along with a more personal description of the time leading up to my joining NASTAD can be found at Hep Stories.

Over a decade later, health department hepatitis program funding has not increased much. Despite the paltry amount of federal funding, health departments do an amazing job identifying other resources to support prevention, testing, linkage to care and surveillance activities. More funding is needed to scale up this important work to effectively respond to the hepatitis epidemics and make elimination of hepatitis B virus (HBV) and hepatitis C virus (HCV) possible in the United States.

In the mid-2000s, alarming numbers of young people were being infected with HCV as a result of injection drug use. Concerned that not enough was being done to address this trend, health departments and NASTAD began raising the issue with policymakers and federal agencies. At the same time, the CDC Division of Viral Hepatitis (DVH) released HCV testing recommendations for people born between 1945 and 1965. While supportive of this age-based strategy, many advocates and public health professionals were concerned that the needs of people who inject drugs were being forgotten.

To call attention to the worsening opioid crisis, in 2011, NASTAD released its “Statement of Commitment Promoting Injecting Drug User Health.” In 2014, in collaboration with coalition partners, NASTAD held the congressional briefing “The Public Health Response to Hepatitis C Infection Among Young People Who Use Drugs.” The next year, NASTAD released its “Statement of Urgency: Addressing the Opioid Epidemic in the United States” and the technical assistance document “Maximizing Health, Minimizing Harm: The Role of Public Health Programs in Drug User Health.” Today, more attention is being focused on the health needs of this important population, and advocacy efforts continue to call for resources to prevent HBV and HCV among people who inject drugs. Central to preventing blood-borne infections among people who inject drugs are harm reduction programs including syringe services programs (SSPs), medication assisted treatment (MAT) and supervised injection facilities (SIFs), which NASTAD endorsed earlier this year through its “Call to Action: Supervised Injection Facilities.”

While at NASTAD, I worked closely with our policy team to advocate for increased federal funding to support hepatitis prevention, testing and treatment. This included participation in the NASTAD-convened Hepatitis Appropriations Partnership (HAP), a coalition of organizations working to increase federal hepatitis funding. In 2006, the CDC Division of Viral Hepatitis (DVH) budget was approximately $23 million. Over the last 12 years, through the work of tireless advocacy, the DVH budget has increased to nearly $40 million. While this is far from the estimated $300 million needed annually, the $17 million increase occurred while many federal programs were seeing funding cuts. In 2011, to assist with grassroots advocacy, NASTAD produced “Raising the Profile, Raising Your Voice: A Primer on Viral Hepatitis Policymaking and Programs at the Federal Level” and the Viral Hepatitis Advocacy Toolkit. In 2013, NASTAD released “Breaking the Silence on an Epidemic: Policy Recommendations to End Viral Hepatitis.” Having visited countless congressional offices over the last 12 years, I am support the work of advocates who spend every day on Capitol Hill advocating for hepatitis funding, stronger public health and sound public policy.

Advocates have descended on the U.S. Capitol en masse several times over the last decade. In 2010, advocates held a World Hepatitis Day rally at the Capitol. In 2015 and 2016, AAPCHO, HepBUnited, Harm Reduction Coalition, NASTAD and the National Viral Hepatitis Roundtable (NVHR) organized Hepatitis on the Hill, which provided a platform for constituents and individuals living with HBV or HCV to meet with their congressional offices and advocate for resources to meet the needs of people impacted by hepatitis. Unfortunately, because of limited capacity and funding, Hepatitis on the Hill has not reoccurred, but there is hope that the event will again bring advocates to Washington, DC, in the future. 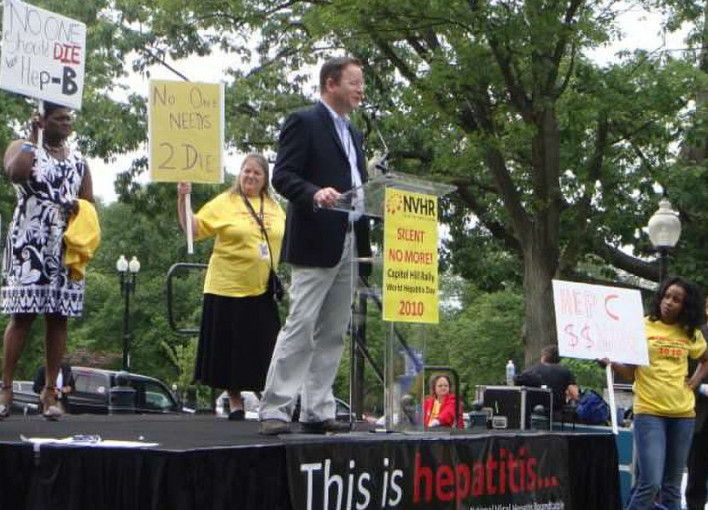 In 2009, the country celebrated as President Barack Obama promised hope and change. The hepatitis advocacy community saw an opportunity to engage with the Obama administration in new ways to bring increased awareness and action to HBV and HCV. The community sent “Viral Hepatitis Policy Recommendations for the Obama Administration’s First 100 Days” – the first-ever such hepatitis call to action for a presidential administration. In addition to increasing funding, the recommendations requested presidential recognition of hepatitis as an urgent public health issue, the appointment of an official within the Department of Health and Human Services (HHS) to coordinate hepatitis efforts, the development of a national hepatitis plan, and the lifting of the federal ban on funding for needle exchange programs.

In 2009, President Obama and the 111th Congress prioritized removing the ban on federal funding for needle exchange programs. The ban was lifted for a short time but was reinstated during the 112th Congress after Republicans regained control of the House of Representatives (the ban has subsequently been partially lifted, and federal funds can be used to support syringe services programs but not to purchase needles). In 2010, the Patient Protection and Affordable Care Act (ACA) became law and was the biggest expansion of health care coverage since the passage of Medicare and Medicaid. This legislation was important for people at risk for or living with hepatitis for several reasons. The ACA prohibited insurance companies from denying coverage or charging more for people with preexisting conditions (such as HBV and HCV), required insurance plans to cover essential health benefits (such as hepatitis A and hepatitis B vaccination and HBV and HCV testing) without cost to the insured patient and expanded Medicaid to childless adults. Challenges with implementation remained, but the passage of the ACA provided hope to millions of Americans who previously were unable to obtain insurance and the care they needed. When the ACA passed, I remembered the telephone calls I used to receive from uninsured people living with hepatitis C who had no treatment options and was hopeful that the calls would no longer be necessary.

In 2010, in response to requests from the hepatitis advocacy community, President Obama issued the first presidential statement on hepatitis. Two years later, in response to Institute of Medicine recommendations, the Department of Health and Human Services (HHS) issued the nation’s first viral hepatitis action plan to better coordinate our nation’s response to viral hepatitis. There are now staff in the HHS Office of HIV/AIDS and Infectious Disease Policy, including a viral hepatitis policy adviser who coordinate the agency’s efforts to address the viral hepatitis epidemics. Also in 2010, through additional requests and pressure from the advocacy community, President Obama issued the first presidential proclamation on World Hepatitis Day and held the first White House hepatitis event. The administration would continue to issue proclamations every year and hold additional awareness events and meetings at the White House, including Obama’s final hepatitis statement in May 2016, the first presidential proclamation on National Hepatitis Testing Day.

Another important achievement of the Obama administration relevant to people impacted by HBV and HCV was the change in approach related to the nation’s “war on drugs.” In 2010, the president signed the Fair Sentencing Act, which reduced the disparity between the amount of crack cocaine and the amount of powder cocaine needed to trigger certain federal criminal penalties and eliminated the five-year mandatory minimum sentence for possession of crack cocaine. This legislation was intended to reform drug policies, which were rooted in racism and took a disproportionate toll on communities of color. Similarly, the administration appointed the first person in recovery to lead the Office of National Drug Control Policy. As the nation’s “drug czar,” Michael Botticelli spearheaded efforts to approach the nation’s drug policy through a balanced public health and public safety approach. Hepatitis advocates met with Botticelli numerous times to successfully urge inclusion of hepatitis and harm reduction in federal policies and programs.

In 2015, in partnership with the Center for Health Law and Policy Innovation, Hepatitis Education Project, Infectious Disease Society of America, and NVHR, NASTAD met with the Centers for Medicare and Medicaid Services (CMS) to call attention to the restrictions state Medicaid programs were putting in place to limit access to HCV treatments. As a result, CMS issued a letter to Medicaid programs assuring Medicaid beneficiaries access to hepatitis C drugs. Subsequently, additional states have loosened eligibility requirements. Some states continue to withhold these lifesaving treatments from populations that stand to benefit the most, but advocates are seeking recourse through the judicial system, and it is hoped that eventually all people living with HCV who are on Medicaid will be able to be cured of their infection. I remembered thinking that with passage of the ACA, so many more people living with HCV would be insured and would be able to be treated. Unfortunately, despite having insurance or Medicaid, people living with HCV were still being denied the cure. Our efforts to ensure that people living with HCV have access to lifesaving treatment must not stop until everyone is cured.

With the election of Donald Trump in 2016, many public health advocates were concerned, as dismantling the Affordable Care Act was a central tenet of his campaign. While President Trump and congressional Republicans have worked to undermine some of the most important provisions of the ACA, Congress has not repealed this important legislation, though repeated attempts have been made. In 2017, the hepatitis advocacy community sent a letter to President Trump calling for leadership to address the viral hepatitis epidemics in the United States. Unfortunately, the Trump administration has not yet increased the budget of the CDC Division of Viral Hepatitis, but it has not been cut either. Hepatitis and public health advocates continue to urge an increase in funding. The Trump administration has yet to speak publicly about hepatitis, issue a statement or proclamation or host a White House meeting on hepatitis. Given President Trump’s promises to improve access to health care, lower the cost of prescription drugs, combat the opioid epidemic and his “America First” pledge, perhaps there are still opportunities for this administration to make eliminating hepatitis part of the Trump legacy.

I have met some of the most amazing people over the last two decades and consider many of them friends and even family. I’m not sure where my professional and personal journey will take me next, but I am certain of my ongoing commitment to public health and social justice. Wherever I end up and whatever I will be doing, I will remain a passionate ally in the effort to eliminate viral hepatitis in the United States and around the world. I’ll continue to cheer on the efforts of the movement, lend my voice when I can and work to elect policymakers who will work to expand access to prevention, testing and treatment for all people at risk for and living with viral hepatitis.

Thank you for welcoming me into this important advocacy movement. My life has been enriched by the relationships I’ve made, the people’s stories I’ve heard, the lived experiences I’ve witnessed and the joy I’ve experienced by fighting for what is just and right. Thank you for your continued dedication to eliminating hepatitis B and C!