Those Who Fail Hepatitis C Treatment Have an Excellent Subsequent Shot

An analysis of a large group of people retreated for hepatitis C virus (HCV) after a failed cure attempt suggested that their subsequent chances of success are very good. Researchers analyzed data on 3,300 people treated with interferon-free hep C regimens; the data was drawn from a large European hep C database concerning resistance to hep C drugs. Findings were presented at the 51st International Liver Congress in Barcelona.

Among those with genotype 1, 59 percent had cirrhosis, and 69 percent had failed previous treatment with interferon, ribavirin and a protease inhibitor.

Eighty-three percent of the individuals who failed treatment showed genetic resistance to hep C treatments at one to three key points in the viral genome.

The researchers are cautious about their findings given the incompleteness of the data at this time. However, the rate of those who achieved a sustained virologic response four weeks after completing treatment (SVR4) was 90 percent. An SVR 4 indicates an excellent chance that an individual will maintain an undetectable hep C viral load for another eight weeks and achieve an SVR12, which is considered a cure. 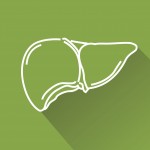