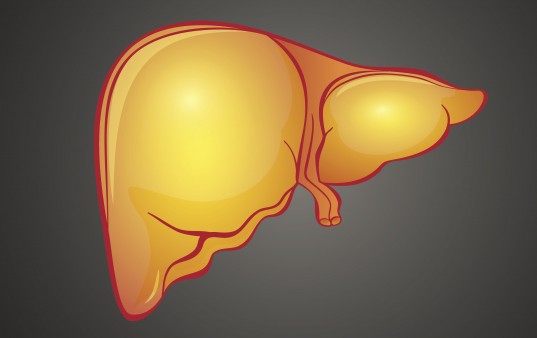 GS-0976, an acetyl-CoA carboxylase inhibitor, reduced liver fat accumulation and led to small improvements in fibrosis markers in people with non-alcoholic steatohepatitis (NASH), according to a report presented at the American Association for the Study of Liver Diseases (AASLD) Liver Meeting, held last week in Washington, DC.

Nearly half of study participants who took the highest dose of GS-0976 saw at least a 30 percent reduction in liver steatosis (fat accumulation), according to magnetic resonance imaging (MRI). However, a rise in triglycerides could be a concern, requiring longer-term follow-up.

“In this first randomized, placebo-controlled, Phase II study of an ACC inhibitor in NASH, the data suggest that GS-0976 has the potential to play an important role in treating patients with this disease,” lead investigator Rohit Loomba, MD, of the University of California, San Diego, said in a press release issued by Gilead Sciences, which is developing the drug.

NASH and its less severe form, non-alcoholic fatty liver disease (NAFLD), refer to the buildup of fat in the liver in people who do not drink heavily. Often associated with obesity and metabolic syndrome, fatty liver is now the most common cause of chronic liver disease, affecting about a quarter of Americans. Over time, fat accumulation in the liver and the accompanying inflammation and buildup of scar tissue (fibrosis and cirrhosis) can interfere with normal liver function and lead to liver cancer. While weight loss and exercise can improve fatty liver disease, there are no approved therapies for NASH.

Acetyl-CoA carboxylase plays a key role in de novo lipogenesis, or conversion of carbohydrates into fatty acids in the liver, which are stored as triglycerides to provide energy when food is unavailable, Loomba explained. If food is plentiful, however, de novo lipogenesis can contribute to steatosis, NAFLD and NASH.

GS-0976 inhibits de novo lipogenesis by blocking the first chemical step in the process. It was shown to improve liver steatosis, inflammation and fibrosis in preclinical studies, and reduced liver fat in a previous proof-of-concept study of NASH patients, Loomba said.

Loomba’s team evaluated the safety and efficacy of GS-0976 for patients with NASH in a Phase II clinical trial that enrolled 126 people with NAFLD at 41 sites in the United States.

At study entry, the participants had to have a liver fat fraction of at least 8 percent according to the MRI-estimated proton density fat fraction (MRI-PDFF) test, liver stiffness of at least 2.5 kiloPascals according to magnetic resonance elastography (MRE) or a liver biopsy showing NASH and mild to moderate fibrosis. People with liver cirrhosis were not included.

Two thirds of study participants were women, and the median age was approximately 56. Most were white, and more than a third were Latino, a group with a high rate of fatty liver disease. The median body mass index was 33 (considered obese) and about 60 percent had diabetes.

Study participants were randomly assigned to receive GS-0976 at daily oral doses of 5 milligrams or 20 mg, or a placebo, for 12 weeks.

Although blood levels of the liver enzyme ALT and two fibrosis markers known as TIMP-1 and PIII-NP decreased more in the 20 mg group than in the 5 mg group or the placebo group, only the TIMP-1 decline was significant, and the combined Enhanced Liver Fibrosis, or ELF, score did not fall significantly in any group.

In an analysis limited to people who saw at least a 30 percent MRI-PDFF response, liver stiffness, ALT levels and some fibrosis markers fell more than they did in nonresponders, with some of these differences reaching statistical significance.

Looking at safety and tolerability, nearly everyone who took GS-0976 completed treatment, and serious adverse events and discontinuations for this reason were rare. The most common adverse events were nausea, abdominal pain and diarrhea, which were reported more often by people in the 20 mg group.

The biggest concern was increased triglycerides. Triglyceride levels rose by 11 percent in the 20 mg group and by 13 percent in the 5 mg group, while falling slightly in the placebo group. Ten percent of people in both the 20 mg and 5 mg groups developed grade 3 triglyceride elevations (500 to 1,000 mg per deciliter), while 4 percent and 8 percent, respectively, had grade 4 elevations (over 1,000 mg/dl). No one in the placebo group had seriously elevated triglycerides.

Among 16 people with asymptomatic triglyceride elevations who continued on GS-0976, all four people who took fish oil or fibrates (medications to reduce blood lipid levels) saw their levels fall below 500 mg/dl by week 12, as did seven of the 12 untreated people.

Based on these findings, the researchers concluded that people treated with 20 mg GS-0976 saw a significant improvement in liver steatosis, a significant drop in TIMP-1 and dose-dependent reductions in ALT and PIII-NP. Although treatment with GS-0976 was deemed to be “safe and well tolerated” overall, they said that its effect on triglycerides requires longer follow-up.

Click here to read a Gilead press release about the study.