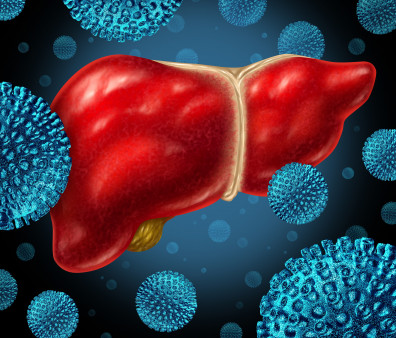 People who received the vaccine did, however, show stronger immune responses against the virus.

An investigation two-part vaccine was unable to prevent chronic hepatitis C virus (HCV) infection in a clinical trial, though it did appear to stimulate T-cell activity against the virus, researchers reported at the IDWeek 2019 conference this month in Washington, DC.

Around a quarter of people who acquire HCV are able to clear the virus spontaneously without treatment and never develop chronic, or long-term, infection lasting more than six months. Among those who do develop chronic infection, new direct-acting antivirals can cure almost everyone with two or three months of treatment.

Unlike hepatitis A and B, previous hepatitis C infection does not confer immunity, and it is possible to become infected again. However, people who acquire the virus more than once tend to have lower HCV viral load, and the likelihood of spontaneous clearance rises with each subsequent infection.

This incomplete natural immunity, as well as the high variability of the virus, have hampered efforts to develop aHCV vaccine. Many experts think that an effective vaccine will be key to eliminating hepatitis C as a global public health threat, which is ultimately expected to contribute to a decline in cirrhosis, liver cancer and the need for liver transplants.

The regimen involves an initial primer vaccine that uses a recombinant chimpanzee adenovirus vector (AdCh3NSmut1) followed by a booster vaccine based on a modified vaccinia Ankara vector (MVA-NSMut). Both vaccine components are genetically engineered to encode HCV nonstructural proteins designed to stimulate immune responses against the virus.

The trial, sponsored by the National Institute of Allergy and Infectious Diseases, enrolled 455 participants, ages 18 to 45, who were at risk for HCV through injection drug use. Nearly 80% were men and about 60% were white. They were enrolled at Johns Hopkins, the University of California at San Francisco and the University of New Mexico. The trial began in 2012, at the dawn of the direct-acting antiviral era.

Study participants were randomly assigned to receive the vaccine regimen or placebo injections at the start of the study and eight weeks later. The researchers monitored vaccine safety, immunogenicity (ability to stimulate immune responses), HCV viral load levels and the vaccine’s ability to prevent progression from acute to chronic HCV infection.

After six months of follow-up, the overall incidence of HCV infection was 13 cases per 100 person-years, Cox reported. She noted that this was lower than expected, likely because participants in both study groups received counseling and referral to syringe programs, addiction treatment and other harm reduction services.

But the study saw no difference between the vaccine and placebo group in the likelihood of developing chronic infection, which occurred in 14 people in each group.

Yet the vaccine did appear to stimulate some immune activity against the virus. Among participants who received the vaccine, 78% generated T-cell responses to at least one of the encoded HCV proteins. What’s more, people who developed chronic infection in the vaccine group had a lower peak HCV viral load compared with placebo recipients, according to Cox.

The experimental vaccine “elicited robust immune responses without evident safety concerns, but did not provide protection against chronic HCV infection,” the researchers concluded. They added that the study demonstrated the feasibility of conducting rigorous vaccine research in a cohort of people who inject drugs.