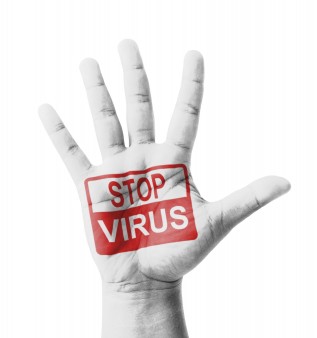 The new year seems like a good time to examine big ideas, such as the present state of hepatitis C. Knowing what we know, can hepatitis C be eradicated?

According to the Centers for Disease Control and Prevention, chronic hepatitis C virus infection (HCV) kills more Americans annually than all 60 reportable infectious diseases combined. Experts don’t know how many Americans are living with this virus, because the ways in which we calculate chronic HCV infections is inadequate largely because of insufficient funding. The range seems to be between 3 and 4 million people in the United States have chronic hepatitis C infection.

Fortunately, there is a cure for hep C. This cure is so effective that it is stirring a global conversation. Can we eliminate hepatitis C the way we did to small pox? Experts think we can, and many believe we can also eradicate hepatitis B.

Here is the rationale for this joint statement:

Setting goals to eradicate HCV are also occurring in the United States. In April 2016, the National Academies of Sciences, Engineering, and Medicine published, “Eliminating the Public Health Problem of Hepatitis B and C in the United States: Phase One Report,” which examines the feasibility of eliminating hep B and C as a goal. The phase two report will be released in 2017, proposing a strategy to reach the goals identified in the first report.

Efforts to eradicate hep C are occurring on a slightly smaller scale in the Veterans Affairs (VA) healthcare system. At AASLD’s 2016 Liver Meeting, Andrew Moon and colleagues presented data showing the impact of direct antiviral agents (DAAs) on HCV cure rates in the VA. (Towards Eradication of Hepatitis C Virus Infection in the Veterans Affairs National Healthcare System: A Study of 107,079 Antiviral Treatment Regimens Administered from 1999-2015)

When the first DAAs using boceprevir and telaprevir were approved (2011-2013), the treatment rates stayed about the same at 2943 to 5207 treatments per year. The number of veterans who were treated jumped when simeprevir (Olysio) and sofosbuvir (Sovaldi) was approved in 2013, followed by ledipasvir/sofosbuvir (Harvoni) and paritaprevir/ombitasvir/ritonavir/dasabuvir (Viekira) in 2014. In 2014, 9,180 veterans were treated; the following year that number was 31,028.

The cure rates (sustained virologic response or SVR) progressed at impressive rates from nearly 23 percent in 1999 to over 91 percent in 2015. As good as that looks, it gets better. Just looking at the first half of 2015, approximately 800 veterans were treated every month. When funding for HCV treatment increased, the number of veterans who received treatment jumped to 7000 later that year. The researchers concluded that the VA has the capacity to cure most HCV-infected veterans who use the VA system within the next 2 to 3 years.

You may be thinking, “What about the high cost of hep C treatment? Surely we can’t treat everyone?” Presenting data at the 2016 Liver Meeting, Andrew Hill and colleagues suggest that hep C treatment could cost under $100 per person (Hepatitis C Could Now Be Cured for Under US $100 per Person: Analysis of Mass Generic Production of Direct Acting Antivirals). Researchers analyzed production costs for generic HCV treatments from India. The cost of 12 weeks of treatment using sofosbuvir and daclatasvir can be manufactured for around $76; sofosbuvir/ledipasvir priced at $96. Velpatasvir was more expensive at $119 to $154. These prices included a 50 percent profit margin for generic suppliers.

Granted, that is not how we do business in the United States. But eventually we will find our way to make this happen. Patents expire. Insurance companies find ways to negotiate better drug prices. Generics are imported for personal use. Medical tourism attracts global travelers. We keep protesting the high costs and eventually common sense prevails. The seemingly insurmountable becomes real. In the meantime, you can be a part of the global campaign to eradicate viral hepatitis. Here’s how: