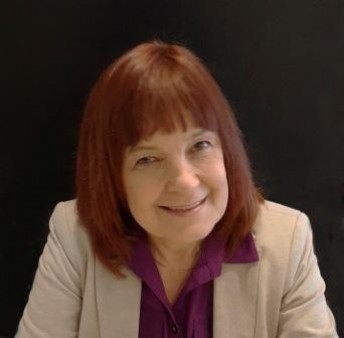 Diagnosed With Hepatitis C in 2014

Being diagnosed with hepatitis C was like getting hit in the head with a mallet and thinking it was an axe. It was a mallet because it bruised me. It was an ax because I thought I would die.

As it turns out, I didn’t die, and almost no one who is diagnosed with hepatitis C these days dies from it. But when I was diagnosed, the standard treatment was interferon, which had to be injected several times a week and produced horrendous side effects. People told me it was like having the worst flu you could ever imagine—for a year. I was a wimp. I didn’t think I’d be able to endure the treatment, so I’d probably end up with advanced liver damage.

As I waited to see a specialist, I tried telling friends about my disease. A few of them backed away from me. One sent out unmistakable signals through her body language. When I met Ellen for lunch in a trendy café, the conversation wandered to her mother’s cancer—and then I spilled out my heart about my own illness. Ellen stiffened and backed away from me at the table. She suddenly had to leave. As I approached her for our usual goodbye hug, she stepped backward. She didn’t send her habitual emails or call me after that either.

I also learned that one of my four sisters was prejudiced about people who had contracted hep. She didn’t know about my disease, but she knew my niece Sandy carried the virus. My sister told me on the phone that my mother should stay away from Sandy because she could pass along her infection on a toilet seat. That’s impossible, I told my sister. I argued with her, revealed I was infected too and hung up.

That’s why hep hit me like a mallet. It bruised my emotions. But a mallet blow is seldom fatal, and for each of the people who reminded me that hep bears a stigma, there were three other caring friends, my husband and two daughters, who gave me comfort, love and strength. The mallet disappeared; soon, so did the axe.

I was diagnosed in 2014, before today’s direct-acting antiviral cures were widely known, even by health professionals. Hepatitis C was known to be borne in blood and to cause liver damage, but most people, including me, knew little else about the disease. As I awaited treatment, I blocked out the pain of the stigma and the fear of a badly damaged liver by revving up my journalistic instincts and researching the disease. I learned about clinical trials that were yielding more than 90 percent success rates with the newest drugs. I learned that drug companies were making huge profits from the drugs. I learned that the drugs have the potential to eradicate hepatitis C from earth.

I also dredged up memories to try to figure out how I had acquired the disease. I recalled a blood transfusion after the birth of my second daughter and the time I was terrorized by bikers as  possible routes to infection. I thought of the sex, drugs and rock ’n’ roll life I had as a hippie and how it may have channeled the disease into my blood.

Eventually, my research and reminiscences became a book: Demon in My Blood: My Fight with Hepatitis C—and a Miracle Cure. Meanwhile, I was cured. Within a few weeks of my diagnosis, I became one of the first people treated in a non-trial setting with direct-acting antivirals. After weekly blood tests and 12 weeks of downing two pills each day, the virus was gone.

I was incredibly lucky to get treated with direct-acting antivirals when I did. There are no axes or mallets anymore in my life. There is only hope that everyone who needs to be tested for hep will be tested and everyone who is infected will be cured.

Editor’s note: For more information about Elizabeth Rains’s book, click Demon in My Blood: My Fight with Hepatitis C—and a Miracle Cure.

By far, my greatest achievement has been raising two wonderful daughters.

I regret working too much and not having had more time with my daughters.

Books. I read incessantly. I also tend to think about unfinished items on my to-do list. When I’m just about drifting off, I think in stories. Some of them used to be about people with hepatitis C, but that’s gone, along with the difficulty in curing the disease. It’s easy to cure now.

I wouldn’t want to change anything. I’m a sci-fi fan, and science fiction often looks at the butterfly effect, the idea that even a tiny change in a sequence of events can drastically alter the entire sequence. I believe that a change to any of my experiences, including symptoms, could have changed the timing of my cure. That would have been a disaster for me.

If I had been diagnosed even a week earlier, I would most probably have been prescribed interferon, the only cure for hep C at the time. The drug produced horrendous side effects, including severe nausea. I can barely handle stomachaches, so I’m sure I would have backed out of treatment before I was cured. Luckily, I was diagnosed with hepatitis C almost exactly when direct-acting antivirals became available. My cure was quick and easy.

If I had been diagnosed later, my cirrhosis might have advanced to the point that even with a cure I would have needed a liver transplant.

Think about the size of the universe. We are just teeny, tiny dots. That helped me take my mind off my worries when I was diagnosed.

Wow. There are so many wonderful people who have served the viral hepatitis community. The first two who come to mind are Daryl Luster, president of the Pacific Hepatitis C Network, and Shirley Barger, who spent years advocating for people who have hepatitis C in San Francisco. Both Daryl and Shirley endured interferon treatment (Shirley, more than once), and both have put tremendous energy into speaking out and supporting people stricken with HCV. There are many, many others who have strong histories of advocacy for the viral hepatitis community. I’d like to acknowledge them all, but I guess the person I’d have to put at the top of my list is Dr. Harvey Alter. Thanks to his research, hepatitis C was identified, which ultimately led to a cure.

The same thing that drives everyone: energy. We have lots of it inside us. We just have to channel it productively. I try to, but, like everyone else, I sometimes slip up. That was a big problem when I had hepatitis C, which seemed to be an energy drainer.

“Precious time is slipping away.” That’s the title of a Van Morrison song I often hum to myself. When I think of those words, I feel I’ve got to take advantage of the time I have on earth, which I believe is best used in connecting with others and in learning.

My husband, Al, because he can sleep through anything. As for an object, I’d take my phone so I could call my daughters right away.

If I were an animal, I’d like to keep some of the qualities that are important to me as a human being. I would like to socialize, to communicate, to use my hands and to enjoy the beauty of the world. With all that in mind, I’d want to be a prairie dog.

I first saw these creatures about 20 years ago on a trip to the Badlands of South Dakota. I watched through binoculars as hundreds of them popped up from burrows. Many groups of prairie dogs seemed to be chattering with one another, and I saw several pairs hugging. They are definitely a social animal.

Prairie dogs issue high-pitched calls to warn of predators, and different predators or different speeds of their approach result in different vocalizations. At least one scientist believes the prairie dog communication system shows evidence of language and well-developed cognition.

Their little hands can manipulate objects. They have well-defined color vision, which would let them see the beauty of flowers.