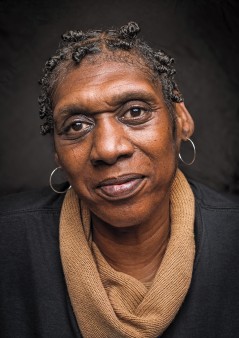 The following is an excerpt from the Hep Summer 2014 cover story:

Some may say women living with hepatitis C are luckier than men with the liver disease. After all, studies show women are more likely than men to clear severe hepatitis C infection without undergoing treatment, and they’re less likely than men to develop hepatocellular carcinoma, a common liver cancer. What’s more, in women, hep C progresses more slowly to cirrhosis, a heavy buildup of scar tissue on the liver.

Meanwhile, in the Bronx, New York, Elizabeth Owens is not feeling so lucky. In reality, her gender is currently working against her health. Now age 54, Owens is in the midst of menopause, and for women living with the hepatitis C virus (HCV), that’s precisely when the liver disease is more likely to progress to fibrosis, which is the first stage of liver scarring.

As an older woman, Owens also falls into the female age group of those who are less responsive to the meds interferon and ribavirin, two elements of traditional hep C treatment (more on this in a moment). Indeed, Owens says she distrusts these drugs because they failed to help several of her friends living with hep C. “I watched and saw that these medicines weren’t helping them at all,” Owens says. “I’ve buried seven people. I went to their services, and I was with them until the bitter end.”

Thankfully, Owens’s observations are increasingly a thing of the past. Newer treatments—including Sovaldi (sofosbuvir) and Olysio (simeprevir)—boast cure rates over 90 percent, and they rely less on ribavirin and interferon, which is notorious for its flu-like symptoms. And even newer meds and combos are in the treatment pipeline.

As an organizer at VOCAL-NY’s GROW (Grassroots Organizing to Win), Owens advocates on behalf of people who often don’t feel they have a voice. “I like to say I give people back their life and I let them know that they do have a right to say something,” she says. “My payment is when somebody comes up and hugs me and says, ‘Yo, I didn’t know that I could go up there and sit in a congressman’s office or an assemblyman’s office and they’d listen to me tell them what’s going on in the neighborhood.’”

As an activist and organizer, Owens is boldly outspoken. The same holds true in her personal life; she doesn’t hesitate to ask medical practitioners questions about hep C and her health. “When I go to the doctor with my book of notes to ask some questions,” she says, “I feel like the nurse or doctor should be equipped to reply back to me, not say, ‘Well, we’ll find out the next time you visit.’”