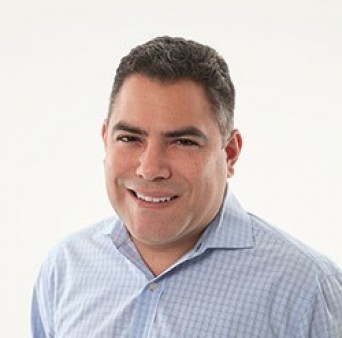 The journey from being diagnosed with the hepatitis C virus (HCV) to being a grassroots community activist wasn’t easy for Elizabeth Owens. Although she graces the cover of this issue, it took time to build up courage to face her fears of hep C. Through education on the virus, Owens has empowered herself to make informed treatment decisions. Through advocacy, she empowers other people living with HCV to do the same—and people at risk for the virus to stay HCV negative.

Owens has not started hep C treatment herself in part because she distrusts the older regimens, which failed to help several of her friends. However, as a 54-year-old woman living with hep C in the midst of menopause, she is now at the time when her liver is more likely to develop fibrosis. As a result, she is slowly preparing herself to enter treatment, especially because the availability of newer regimens is increasing. They have lower side effects and higher cure rates. Click here to read our feature story on her struggles and her journey of self-empowerment.

In fact, the hep C treatment pipeline is starting to pick up at an increasing pace. Sovaldi (sofosbuvir) from Gilead Sciences and Olysio (simeprevir) from Janssen were approved by the U.S. Food and Drug Administration (FDA) at the end of 2013. Since then, sales of both drugs have skyrocketed. In particular, Sovaldi sales of more than $2 billion during the first three months of 2014 have broken the sales record for the entire first year of any drug.

The effectiveness of Sovaldi and Olysio certainly has driven the sales demand, but the high costs of the drugs have driven the profits. Advocates are seeking price reductions to increase access to the drugs for the people who need them the most. Further, advocates are concerned about how the high cost of these drugs will affect the pricing of promising hep C drugs coming to market in the near future.

FDA approval of other hep C drugs and combos from Gilead, Janssen, Bristol-Myers Squibb and AbbVie may come by the end of 2014. Click here to read more on the pipeline, and click here to learn about updates to the federal action plan to fight viral hepatitis.