Two decades ago, DC Drake fought his battles in the ring as a professional wrestler. Two weeks ago, DC Drake was mistakenly pronounced dead by multiple sources on Twitter. Meet Don Drake and find out why he’s a program director for the Boston–based Victory Programs, a nonprofit dedicated to helping individuals and families who are homeless and may have substance use disorders, HIV/AIDS, hepatitis C virus (HCV) and mental illness.

What sparked your interest in wanting to help people with HIV?

My original interest was in drug addiction and prevention work. Growing up with a grandmother who I dearly loved but was a raging alcoholic, I wanted to work with individuals and families who were affected by addiction. This interest led me into a law enforcement career.

I started working in the New Jersey Department of Corrections in 1977 as a corrections officer while training for a career in pro wrestling. In the early 1980s, we started seeing many people getting very sick with what we thought was some sort of a mutated TB infection. Soon, inmates in the facilities became very sick and died rapidly, and we knew then it was something much more serious. In those days, little was known about HIV. As correction officers we would wear surgical masks if someone as much as sneezed. We had no idea where it came from. Was it spread through the air? By insects? It was a frightening time.

I subdued a young man who was very ill and attempting to slice other inmates with a razor blade. As I grabbed his wrists and put him against the wall, he bit my wrist and hung on until I was bleeding profusely. I was able to get him off through being maced. However, in my attempts to break free, I also broke open his mouth and he was bleeding as well. This young man fit the profile of those with the virus, and I lived for several years afraid of what I may have contracted. So at that point, I had a taste of what someone with the virus was going through. After medical follow-up and some time, I knew I was not infected, and life went on for me.

As a law enforcement officer, I was a pretty conservative person and thought this “condition” only affected “those people.” After the birth of my second daughter, my wife at the time received blood as a result of a medical condition. As she recovered, I thought I was safe. As time went by, her personality began to change and she and I divorced with me retaining custody of my daughters. I later found out she had AIDS and probably developed progressive multifocal leukoencephalopathy, which accounted for her behavior changes. She died from this. I was a conservative person who never thought this virus would affect his life, but it did. Although my children and I were never infected, this situation certainly changed my outlook on a great many things in life.

You also had a successful career as a professional wrestler. Were there concerns among wrestlers about HIV in the late 1980s and early 1990s?

There were no discussions about HIV or HCV in wrestling. Sadly, many young wrestlers do not think about the future, only about the show they are about to put on. In my case, I decided to use steroids to grow my body. Did I know the dangers? Of course, but like every other young man looking for fame and living out whatever fantasies or trying to come to grips with whatever childhood traumas they were playing out in the ring, you are willing to take those chances.

At one point before Vince McMahon moved wrestling into an entertainment business and out of the regulations of the state athletic commissions, wrestlers were given some education on infections, steroid use and drug use. We were required to have yearly physicals and even had to be licensed. When the state regulators were removed, it became open season to everything. Vince McMahon did not have a positive effect on the business. Although he now has, or reports to have, drug testing and he does send wrestlers to rehab, the death rates of those involved in wrestling through drug overdoses, heart attacks and suicides are far beyond those among the general population.

As wrestling pushed the limits, the more blood and gore the better. Many of us knew who was “clean” and who was not. We saw a great many using and sharing needles, not just for heroin or other illicit drugs, but steroids, adrenaline, vitamins, etc. We knew who lived “dirty lifestyles,” unprotected sex, hookers, etc. We avoided the gore matches with these people. However, as the saying goes, when you have sex with someone you’re having sex with everyone they had sex with, the same is true for wrestling. If you had a blood match with someone, did we know who they had a match with prior to ours?

Unfortunately, the business pushed for more and more gore, and the blood flowed freely in the ring during this time without any regulations or medical clearances. It also became no secret of how the blood was produced. If you were cut as a result of the match, blood was drawn the “hard way.” However, in most cases, blood was drawn through self-inflicted wounds with a small razor blade (self mutilation in wrestling is a discussion for another time).

Some wrestlers were afraid of cutting themselves and had others cut them. In cases of gore matches, a wrestler would cut himself and then his opponent with the same blade, which is equivalent to sharing needles. In fact, in a case just last year, a wrestler out of the Midwest sued Abdullah the Butcher claiming he contracted HCV from such an incident. To this day, I can guarantee you that many wrestlers of that era either have HCV or are undiagnosed with HCV. This is one of the secrets of pro wrestling.

The Internet declared you dead earlier this month. How did that feel?

It was funny at first, and I said to my wife Lydia, “You know what, DC Drake is dead. The wrestler is gone, and it’s better that way.” However, I never even thought about contacting my family because I thought it would just be a niche group who would even be aware of me. Then the calls and emails started to come.

As a human being and having a bit of an ego, it has been nice to relive some of the old glory, much of which I never enjoyed because the Internet was not as big during my career. I now think I know what may have happened. My father, who gave me his name, died two years ago this month, and a memoriam was in the newspaper. Someone may have mistaken that notice for me and sent out information that I was dead.

Also, those in the business who do know me are aware of my heart disease, partly due to steroid use and genetics. I have had four heart attacks, bypass surgeries and over 20 stents put into my heart through the years. But I’m still alive and, compared to others, blessed to be able to continue doing what I love to do.

On a positive note, I have reconnected with many old friends from wrestling and hope I can use this brief moment in the sun to keep awareness of addiction and HIV in everyone’s mind, as well as the importance of treatment and early detection. And I want to stress the importance of agencies like Victory Programs, who are committed to providing support to those in need. 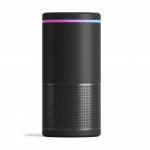 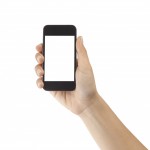