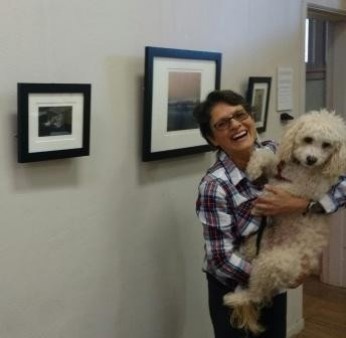 In 2015, I was denied clearance to continue diving as a volunteer at the Monterey Bay Aquarium. The reason the doctor who conducted the dive physical exams gave me via phone was that despite being cured of hepatitis C, I “might relapse and infect like 20 people.” Incredulous and angry at his ignorance, I wanted to see my records. It took me a year to gain access to them. He was not my regular doctor, and his staff insisted I could not see the records because the aquarium owned them. I knew this was wrong and discovered that the doctor had not written what he told me into the records. Instead, he noted that I had not divulged important medical information to him during a dive medical exam. Although I had told him about the hep C, it was not at the initial visit.

I hired an attorney. I obtained expert medical backup, including that of Robert Gish, MD, my first liver specialist. It was no easy task to fight this because as a volunteer, I had not lost wages. Plus, I was fighting a huge organization. The final result was a letter to my attorney from the aquarium’s attorney stating that it had been prudent to deny me clearance to dive because I had lied. However, later I discovered that California law does not require a patient to answer any questions on a medical intake form. This came the day after Trump was named president-elect; you can imagine my fury.

I was unable to pursue this issue further because I ran out of money. I feel sure that a judge would have ruled in my favor after I explained why I had withheld the information. It was due to a deep distrust because the doctor had treated me poorly on two separate occasions. On one occasion, he yanked my pants down without warning in order to palpate my abdomen. Another time, it was clear that he and his office staff did not know the HIPAA [Health Insurance Portability and Accountability Act] laws.

Going public is not just about being personally wronged. There is a bigger story here about medical discrimination and ignorance within the medical profession regarding hepatitis C. It’s also about the rights of volunteers, who may not lose monetary compensation but can be deprived of a joyous and meaningful part of their lives based on specious reasons. There is also the issue of a woman’s fear of reporting sexually troubling incidents. When the doctor yanked my pants down by the waist without warning, it triggered memories of being raped. I did not report this incident to authorities because, frankly, it is humiliating. I was gang raped in high school (I’m 60 now) and know firsthand that authorities can be unsympathetic.

Ironically, I had been nominated volunteer diver of the year for each of two years prior to this dismissal. I was honored because of my conservation activism and dedication to research diving. Additionally, I raised more than $11,000 for the American Liver Foundation attempting to summit Mt. Shasta. The first attempt was six months after clearing the virus!

Being an active ocean conservationist and being an advocate for hepatitis C patients.

Not going into the medical field as a career.

Financial insecurity and our current president.

Anger about fear and discrimination.

My dog because he is lively, intelligent, interested and unconditionally loved!