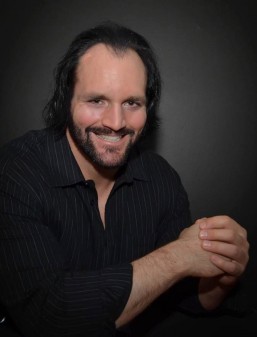 I always dreamed of being a pro wrestler in the World Wrestling Entertainment (WWE). After finishing high school in Canada as a national champion in freestyle wrestling, I turned down several scholarships to pursue a career in professional wrestling. Despite my parents’ objections, I entered in to the uncertain world of independent wrestling. I competed wherever I could find work, with small crowds and low to no pay.

In 2004, I began getting WWE try-outs. In early June 2009, after 14 unsuccessful try-outs, I got a call from WWE talent relations offering an open-ended professional wrestling contract. The first person I called was my dad. He was so happy; finally, I could show him I had made the right decisions. After so many years of dedication and sacrifice, I was about to realize my dream.

A trip to the doctor changed everything. I found out that I was positive for hepatitis C in late June 2009. My WWE contract was rescinded in August 2009, shattering my dreams.

Lawsuits
I contracted hep C from being assaulted without permission from an infected razor blade by Larry “Abdullah the Butcher” Shreve, with whom I had had a series of professional wrestling matches. In “entertainment wrestling” matches, the illusion of violence is sometimes intensified when wrestlers cut themselves with small razor blades. It is not common practice to share razor blades in wrestling and is certainly not permitted to cut someone without prior permission or knowledge.

I filed two lawsuits. The first was against Shreve for cutting me without permission with the unsanitary razor blade. This lawsuit went on for four years. Ultimately, he was found guilty of negligence, assault and battery. I was negative for hep C shortly before I started wrestling him, and he had a history of being hep C-positive. He also suffers from hepatic encephalopathy, which usually develops in the later stages of liver disease. There were many other factors involved, but the result was he passed me the disease.

The other suit was against the WWE alleging they had violated my human rights by rescinding my contract because of hep C, despite the company’s “No Blood” policy, which states that matches are immediately stopped if accidental blood occurs. This suit was settled out of court in June 2012.

Treatment
After consulting with my doctor, I began treatment with interferon injections and ribavirin. The first course of treatment was tremendously difficult. The side effects were much worse than I was expecting. After a few months, they were so unbearable that I nearly stopped treatment.

The pills were like a constant caffeine kick. I didn’t get a good night’s sleep for nearly six months. Nineteen weeks into the treatment I had an episode in which I was seeing spots, had numbness in my arms and face, severe chills, and was vomiting for four hours. My liver specialist suggested that the side effects might have become more dangerous than the disease. I had been testing negative since week four, and my doctor hoped that I would still likely get a sustained viral response. Unfortunately, in July of 2010, I found out the first round of treatment had failed.

It was crushing news, and I got depressed. I was told it would be another five or six years before I could be approved to begin another treatment. By that time, I would be in my mid-30s; too old to continue any form of athletic career.

In an effort to get help finding treatment, I went public about being hep C-positive in 2011. I became acquainted with former champion and WWE Hall of Famer “Superstar” Billy Graham. Mr. Graham had had a liver transplant due to hep C in the early 2000s, and he sympathized with my situation.

In 2010, Mr. Graham got me an appointment with his liver specialist in Phoenix, Arizona, to find out more about a new experimental treatment called Incivek. That specialist sent his findings to a liver specialist in Ottawa, Canada. She agreed to prescribe the new treatment even though it was not yet approved for genotype 2 patients, but the Canadian government would not cover the medication. I was desperate and willing to do everything in my power to beat the disease.

It was a nightmarish ordeal. The worst side effect was the intense itching, a burning sensation I felt all over my body for most of the day. At one point, I went to the emergency room because it became so insufferable. The treatment affected my family, my work and my mental state. It was scheduled for 24 weeks, and was extended to 36. But I got through it. It was the fight of my life.

Six months later, I was still clear of the virus, and my one-year post-cure virus test in February 2015 confirmed it.

Since then, I won a bronze medal in Greco-Roman wrestling at the 2014 Nationals in Edmonton. I also made my return to pro wrestling after a three-year hiatus, and became the Canadian champion for Great North Wrestling. I hope to continue pro wrestling for at least 10 more years.

One bit of advice: Just stay positive, you’ll get there!

You can find out more about Devon at his HepMag blog, follow the history of his treatment experience on You Tube, or see what he is doing professionally at The Hannibal TV

What is your greatest achievement?
Winning silver at the Canadian Greco-Roman wrestling qualification trials for the London Olympics after being out of the sport while I was hep C positive. Beating hep C is also right up there!

What is your greatest regret?
Not doing absolutely everything in my power to complete my first hep C treatment.

What keeps you up at night?
Not doing what I love doing and, not making a living at what I am best at.

If you could change one thing about living with viral hepatitis, what would it be?
That it affected my employment. I lost two jobs over being hepatitis C-positive and was terminated from my personal training job at the City of Ottawa during my second treatment. There are ongoing union and human rights matters relating to that, but that was a massive financial blow that still affects me.

What is the best advice you ever received?
From Superstar Billy Graham, “Every day the hepatitis C virus is in you, it’s multiplying and doing more damage to your body, so do whatever you can to get on treatment and get cured!”

What person in the viral hepatitis community do you most admire?
Former WWE Champion Superstar Billy Graham

What drives you to do what you do?
Wanting to leave a mark on this world so I’m remembered when I’m gone

What is your motto?
Never give up.

If you had to evacuate your house immediately, what is the one thing you would grab on the way out?
My dog, Piper

If you could be any animal, what would you be? And why?
A wolf, because their personalities are similar to mine in some ways, and we like similar foods!