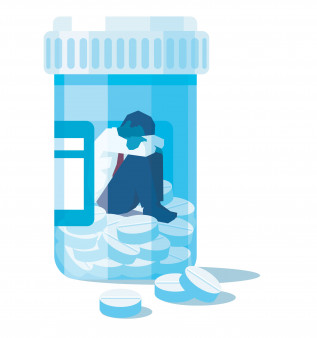 Depression and anxiety appear to be common among people with liver cirrhosis, according to findings published in Clinical Gastroenterology and Hepatology. These mental health issues can affect quality of life and interfere with the ability to stay on treatment.

“Even though depression and anxiety are common, with significant implications for patient adherence and satisfaction, these comorbidities unfortunately often go unnoticed in clinical practice,” Ruben Hernaez, MD, MPH, PhD, of the DeBakey Veterans Affairs Medical Center in Houston, and colleagues wrote. “Screening for depression and anxiety should be encouraged in all patients with cirrhosis to identify those in need of mental health counseling.”

While depression and anxiety are known to have a negative impact on people with other diseases, their prevalence among those with cirrhosis is little understood. Hernaez and colleagues were interested in assessing the prevalence and risk factors for depression and anxiety in people with the advanced liver disease. Over time, cirrhosis can progress to liver failure, and it is a risk factor for hepatocellular carcinoma, the most common type of liver cancer.

The team administered a telephone survey to 1,021 people with cirrhosis across three different health systems in the United States between April and December 2018. They used Patient Health Questionnaire-9 (PHQ9) and State-Trait Anxiety Inventory (STAI) measures to evaluate depression and anxiety levels. A PHQ9 value of at least 15 and a STAI value of at least 40 were considered clinically significant.

In multivariable analyses, the researchers found that self-reported poor health, being widowed and fear of developing liver cancer were positively linked with moderate to severe depression.

Higher household income and Latino ethnicity were associated with a lower likelihood of depression. Male sex, self-reported poor health and fear of developing liver cancer and dying from it were linked with moderate to severe anxiety.

Click here to read the study abstract in Clinical Gastroenterology and Hepatology.